The nation’s stock market finished lower on Tuesday as 20 firms saw their share prices decline at the end of trading.

The market capitalisation of listed equities declined by N40bn to N21.18tn from N21.22tn on Monday.

Cornerstone Insurance and UPDC REIT declined by 10 per cent each to close at N0.54 and N5.40 per share respectively.

YOU MAY ALSO LIKE: Amaechi’s loyalists celebrate faction’s victory at Supreme Court

They said the month-to-date loss increased to -4.5 per cent, while the year-to-date gain moderated to +0.6 per cent.

“Analysing by sectors, the insurance (-1.5 per cent), consumer goods (-0.5 per cent) and banking (-0.3 per cent) indices recorded declines, while the oil and gas (+1.1 per cent) index was the sole gainer of the day. The industrial goods index was flat.” 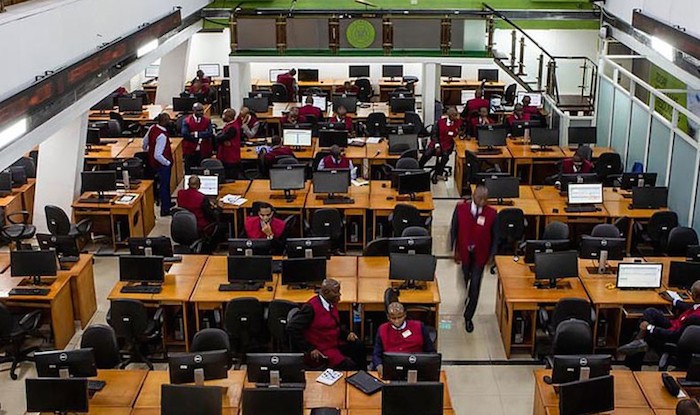 Despite earlier expectation that sellers will take a breather in Nigeria’s stock market this week, the market still continued on its negative route, an indication that the bears are not willing to relinquish their position. The stock market furthered its negatives return this year (-4.24percent), no thanks to counters like Nigerian Breweries (-5.34percent), Livestock Feeds […] Read Full Story

The family of a college student who killed himself after thinking he’d lost a fortune using Robinhood sued the free trading app Monday. A message left behind by Alex Kearns asked how it was that a 20-year-old with no income could get access to nearly $1 million of financial leverage using Robinhood, according … END_OF_DOCUMENT_TOKEN_TO_BE_REPLACED Read Full Story

The nation’s bourse extended a negative trend for the third consecutive trading session following sell pressure on Nigerian Breweries, Dangote Sugar Refinery, and tier-1 banks. The All-Share Index on Thursday declined further by 157.39 points or 0.40 per cent to close at 39,394.67 from 39,522.06 posted on Wednesday. Accordingly, the month-to-date and year-to-date losses increased […] Read Full Story