The Senate has confirmed the appointment of Mr. Aghughu Adolphus Arhotomhenla as Auditor-General for the Federation.

The confirmation of the nominee followed after the consideration of a report by the Committee on Public Accounts.

Chairman of the Committee, Senator Matthew Urhogide said the Committee was impressed by the qualifications of the nominee and found him competent to take on the responsibilities of the office.

President of the Senate, Ahmad Lawan, in his remarks, called on the Federal Government to create the necessary wherewithal to improve on the working operations of the office of the Auditor-General to give a boost to the fight against corruption.

According to the Senate President, providing the required support to the office of the Auditor-General for the Federation would not only guarantee effectiveness and efficiency, but ensure the successful fight against corruption in the country.

Lawan in his remarks said, “The National Assembly – the Parliament – and the Executive must ensure that the Auditor-General remains truly autonomous and independent.

“We achieved so much by giving the Auditor-General a financial autonomy which he requires.

“The Auditor-General needs office accommodation like the Treasury House, or the EFCC Complex where he can accommodate all his staff, and all he needs to do is to post them out to go the MDAs and carry out their auditing jobs and return.

“A practice where some of the Auditors are resident in organizations they are supposed to audit is not acceptable. We need to do a lot more to support the Auditor-General for the Federation to be more effective and efficient.

“Actually, with the an effective Auditor-General, you may not even need EFCC or ICPC, and if you need them, they cannot take precedence over the Auditor-General which it appears is the case today.

“All of us believe in fighting corruption, we should work to improve the office and operations of the Auditor-General for the Federation,” Lawan said.

The post Senate confirms Adolphus as Auditor-General for the Federation appeared first on Vanguard News.

The Senate has confirmed Victor Muruako as the substantive Chairman of the Fiscal Responsibility Act (FRA).
The lawmakers took the decision at Thursday’s plenary after the report was presented and considered.
Details later!
Read Also: Senate move... Read Full Story 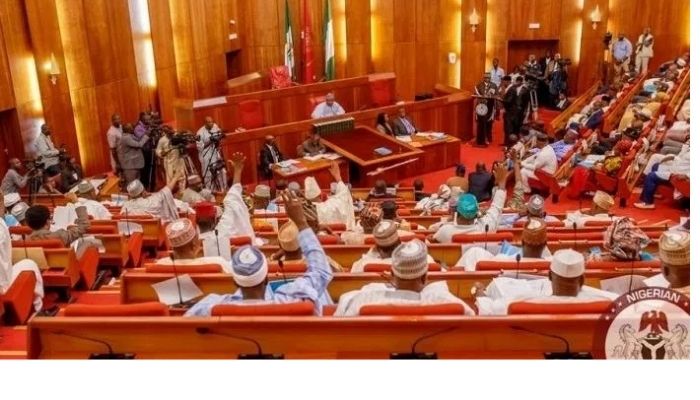 The Nigerian Senate has resolved to change laws infringing on women’s rights and amend the constitution to include gender equality. The senate said it would expunge provisions of the law as contained in the Police Act, Federal Character Law, Electoral Act, Labour Act, and Political Parties’ Constitutions, which infringe on the rights of women in […] Read Full Story

Insecurity: We Expect Military To Take The Fight To Insurgents, Bandits – Lawan

“We expect our Armed Forces to take the fight to the insurgents and bandits,” the President of the Senate, Ahmad Lawan, has said. He made the remark on Tuesday shortly after lawmakers in the Senate confirmed the service chiefs during plenary in the upper chamber of the National Assembly in Abuja. The Senate had … END_OF_DOCUMENT_TOKEN_TO_BE_REPLACED Read Full Story