WIFE of the Governor of Abia State, Dr. Nkechi Ikpeazu, has commended the appointment of Dr. Ngozi Okonjo-Iweala as Director General of the World Trade Organization, describing it as an inspiration to Nigerian women.

In a congratulation message to Dr. Iwela,  Mrs. Ikpeazu said “Dr. Okonjo Iweala’s emergence as WTO Director General was not a fluke but a product of dedicated, focused career-oriented life which demonstrated the awesome capacity that women have in achieving excellence

“Mrs. Okonjo-Iweala is a positive lesson about balancing between a happy family life and a successful career; her being a mother of four children and a successful development economist at the top of the echelon”.

Mrs. Ikpeazu recalled that Dr. Okonjo-Iweala’s 25-year stint at the World Bank where she rose to the number two position as well as her stewardship as two-time minister of Finance and of  Foreign Affairs in the Nigerian Government, abs attributed it to “hardwork, perseverance and forthrightness”.

She said the story of Okonjo Iwela “buttresses the fact that women are capable of reaching any height they set their mind to”.

Okonjo-Iweala and Agah: The great Africans bestriding the world of trade 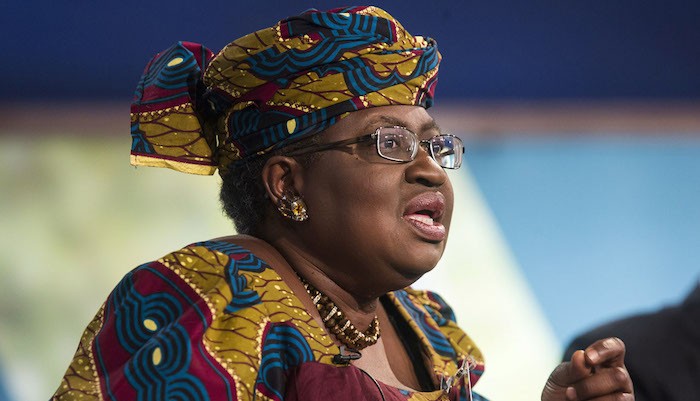 The eventual emergence of Dr Ngozi Okonjo-Iweala as the Director-General of the World Trade Organisation (WTO) was the work of providence. After the then US President, Donald Trump, rejected her choice by the WTO’s selection committee last year, her fate effectively hinged on the outcome of last November’s US presidential election. Had President Trump been […] Read Full Story

Gov. Ben Ayade of Cross River has congratulated Dr Ngozi Okonjo-Iweala, on the confirmation of her appointment as the new Director-General of the World Trade Organisation (WTO). The WTO confirmed...

Segun Adewole The former Minister of Finance, Ngozi Okonjo-Iweala has been appointed as the Director-General of the World Trade Organisation. Okonjo-Iweala, whose tenure begins March 1, is the first woman and African to hold the position. READ ALSO: COVID-19: Take travellers’ samples on arrival, Tomori tells FG The WTO stated this in a tweet on […] Read Full Story