A former Governor of Ogun State, Otunba Gbenga Daniel, has officially been admitted into the All Progressives Congress after being registered as a member of the party in the ongoing registration and revalidation exercise.

He was welcomed into the party by the governors of Ogun, Ondo, Zamfara, Kano, Niger and Kebbi states at his residence in Sagamu, Ogun State on Tuesday.

The former governor said his decision to join the party was well-thought-out and he called on fellow Nigerians to join hands with the Federal Government and rebuild the socio-economic fortunes of the country.

Governor Dapo Abiodun described the occasion as “a day the Lord has made” just as he assured the new entrants into the party of a level playing ground.

The All Progressives Congress (APC) says the President Muhammadu Buhari-led Federal Government would not spare or condone looters of public funds within and outside government. The party said this in a statement by Sen. John Akpanudoedehe, National Secretary of its Caretaker and Extra-ordinary Convention Planning Committee (CECPC) on Wednesday in Abuja. Akpanudoedehe was reacting to
Read More

The post APC govt will not spare or condone looters of public funds – National Secretary appeared first on Vanguard News.

A coalition of South East group of the ruling All Progressives Congress,APC, has commended President Muhammadu Buhari for appointing new service chiefs to man the nation's security management, saying the president's action which saw emergence of new and energetic military chiefs in such responsibility would no doubt bring sound and imminent improvement in Nigeria's security problems.

Why I would never join APC – Fayose 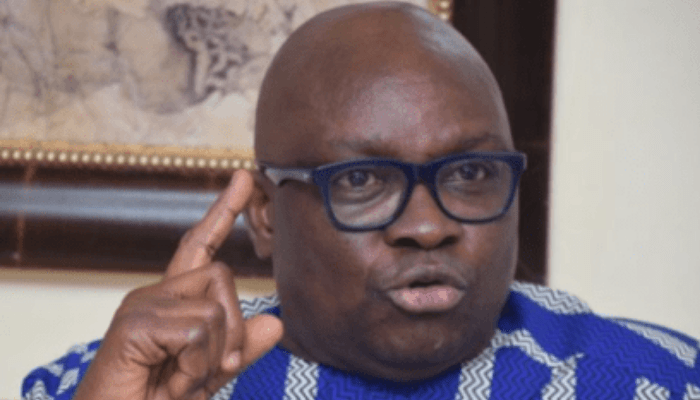 Former governor of Ekiti State, Ayodele Fayose, has said that he would never join the ruling All Progressives Congress (APC) because there is nothing the party would offer him that he had not achieved in his years in politics and in the People’s Democratic Party (PDP). He stated this on Channels Television ‘Sunday Politics’, noting […] Read Full Story