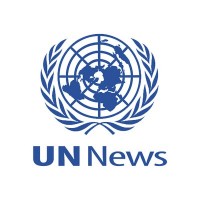 The UN Secretary General has underscored his concern for the Sahel region of Africa, where deteriorating security and violence are exacerbating an already difficult humanitarian situation that is unfolding amid the COVID-19 pandemic and climate emergency. .

António Guterres addressed the heads of state of the Group of Five for the Sahel, known by the diplomatic abbreviation ‘G5 Sahel’, meeting Tuesday during their summit this week in Chad.

The UN chief noted that despite recent promising events, including the peaceful holding of elections, the civilian population continues to pay the price for the ongoing insecurity in the region, which has displaced more than two million people.

“COVID-19 has exacerbated existing vulnerabilities, including health and economic challenges, and has pushed more than six million people into extreme poverty,” he said in a video message to the summit. “The G5 Sahel has a key role to play in addressing this crisis.”

The countries established a Joint Force four years ago to combat terrorism and other cross-border threats, which receives assistance from international partners, including the UN peacekeeping mission in Mali, MINUSMA.

The Secretary General noted that, while the Joint Force continues to grow stronger, it must have stable and predictable funding.

“MINUSMA’s support for the transition process and the stabilization of Mali should be a priority for partners in the region,” he added, while condemning last week’s deadly attack on the UN peacekeepers who serve in the country.

Mr. Guterres also pointed to development, the rule of law and good governance as “cornerstones of stability” in the Sahel region.

“Governments must regain the trust of their citizens, and we are determined to support all efforts to that end,” he said.

The Secretary General underscored the need to address the root causes of conflict, given the multidimensional and interrelated nature of the many challenges in the region.

It has appointed a Special Coordinator for Development in the Sahel, Mar Dieye, who will work together with the UN Special Representative for West Africa and the region, Mohammed Ibn Chambas, to promote peace and stability there.

The Secretary-General highlights the need for peace and stability in the African Sahel region - NNN.

Download logo As Zimbabwe battles surging cases and deaths from COVID-19 and fears of a new variant, tropical Cyclone Eloise has devastated COVID-19 mitigation and containment measures. In past weeks the triple threat of COVID-19 cases, the arrival of the new variant and the storm which caused the people of Zimbabwe to lose their homes, their lives, their livestock and their crops resulting in temporary displacement to places such as cramped evacuation camps and crowded resettlement in what is left of their homes. 10,424 COVID-19 cases and 280 deaths that were recorded on 3 December 2020 have since tripled to 33,388 confirmed cases, and 1,217 deaths as of 1st February 2020.  The International Rescue Committee (IRC) is calling on all actors to increase support for the people of Zimbabwe as they recover from the havoc wreaked by Cyclone Eloise whilst simultaneously trying to contain surging COVID-19 cases. Zvidzai Maburutse, Zimbabwe […]

As more and more women at the forefront of the sports industry, Rugby Africa (www.RugbyAfrique.com) has positioned itself to continue to drive women’s involvement in the game, including leadership, by announcing on the occasion of International Women’s Day the first two recipients of 2021 in Africa. Scholarships for executive leadership of women. This incredible opportunity allows two women from Africa to join the ten remaining women from around the world, who will each receive a scholarship of £ 10,000 for leadership development support for formal or informal education, conferences, forums, mentoring and study tours on best practices. Each scholarship will be tailored to meet the professional development needs of successful applicants. The scholarships are open to women who: Are currently involved in rugby at the governance level (member of the Union / regional board of directors) or, Are currently involved in rugby at the senior management level (reporting to CEO […]