I sat in the bus one evening as we snailed through Ikeja Underbridge, pressing my body to the edge of the bus in a bid to avoid my chatty neighbour. He was a middle-aged man who obviously liked to talk. At intervals, he would say something, turn to me and say, “my sister, what do you think?” I don’t think anything oga Ade, let me enjoy my thoughts in peace, bikonu.

After several attempts to get me talking, he turned to the man sitting at the other side and I breathed a sigh of relief. I didn’t pay attention to him until he received a phone call and I heard, “I travel go Oyo, I no dey around.”

My head turned of its own volition. Say what?!

He looked at me and gave me the “ehen” look. Embarrassed, I turned my face away and widened my ears to listen to all the hefty lies he told. Come to think about it, I thought, what if something suddenly happens and this man just, you know, kicks the bucket. When he reaches heaven wearing a long white robe with white powder poured all over his face and hair – according to Nollywood – the last thing recorded in his book of life would be those lies he told on earth. Right?

Let me not pretend as if this is my first time hearing someone lie about their location, especially in buses. Especially in this Lagos. If you have ever had to deal with tailors, mechanics, carpenters regularly, you will be used to hearing, “you go see me now, I dey your front.” “No be you dey wear yellow, I don reach ya side finish.” “I travel, in fact, I just dey land na im you call so.” “Ah oga madam, I don finish your cloth, na to put zip remain.” When you now go to the shop, you will see the cloth inside yellow and black nylon with a paper label that has your name written on it.

You see artisans? Fear them!

But they are not the only ones who tell petty petty lies, we are all guilty of this. From “I’m not at home” while you are in the room watching a movie to lying about that meeting you did not attend, white lies are pretty common.

These lies are considered to be unimportant, and so we tell them without thinking much of them or feeling guilty. In many cases, they are not harmful and are mostly told to avoid long explanations or any form of wahala.

Years ago, I made a resolution to stop telling lies. Not because I was scared of going to hellfire like we had been taught in Sunday school, but because I had noticed that telling what people call ‘little lies’ or ‘white lies’ was becoming very common with a lot of people, including me.

For instance, before I started making efforts to loosen up, I was an extremely introverted person and socially awkward. So when people asked me to go out with them, I’d agree most times and then days before the D-day, I’d cook up a lie, “Oh, I don’t feel too well,” “I’m so busy,” “Something came up.” As harmless as these lies were, it doesn’t take away the fact that they were lies. Lies are lies, be it little or big, white or black.

Still, it’s better to shalaye than to tell lies.

What telling white lies does to us is make us become liars without knowing that we are liars. The line between lies and truths begins to thin out until we start believing our own lies and start seeing them as truths. With time, it also gets easier to quickly cook up a lie, even when there’s no need to do that. Our words and actions shape who we are and if you are fond of telling lies about little, insignificant things, then you’re a liar. Shikena.

Because we don’t think much of these lies, we tell them flippantly. They are usually at the tip of our tongues, ready to be rolled out at any time. They also birth other lies. Someone wants to visit you and before you know it, you’ve said “Ah, I’m not at home, I’m at Terminus market.” Then when the person says “oh really, can you help me get so so so and so at Terminus,” you’ll quickly say, “Eyah, I just left that spot now now and I’m already in the bus home.”

Now, it would have been easier to say “I’m at home, but I don’t want to host guests now, can you come by tomorrow?”

As we grow older, I believe it is important to evaluate why we do the things we do. Telling lies can sometimes come from a place of fear, to be polite and spare other people’s feelings or to save your neck – like telling your boss you enjoy working on Sundays when you absolutely abhor it, or sometimes people tell lies because they are already used to it.

While I understand that we’re not saints and we may tell lies once in a while, it is important to always check yourself just before you tell that lie and ask yourself why. Is it worth it? What’s the worst that would happen if you tell the truth? Is this who you really want to be? For people who are religious, if you pheme today after telling that lie, you go still make heaven so?

See also  Ibukun Ajayi: Does the Idea of a Bigger Picture Weigh you Down?

The post Oluwadunsin Deinde-Sanya: Will Little White Lies Take Me to Hell? appeared first on BellaNaija - Showcasing Africa to the world. Read today!.

Chizurum Egwunwankwo: How I Cope With the Emotional Toll of Job Hunting

You hear that job-hunting is a full-time job, but you don’t realize how tasking it is until you start job hunting. Applying isn’t the hard part, the rejection is. You tell yourself not to have expectations just in case you do not get a positive response or even some sort of feedback from the company. […]

The post Chizurum Egwunwankwo: How I Cope With the Emotional Toll of Job Hunting appeared first on BellaNaija - Showcasing Africa to the world. Read today!.

Jeremiah Ajayi: All you Need to Know about Freelancing as an Undergraduate

After acing her high school final papers, Jennifer got accepted into a premier university in South-Western Nigeria. “Don’t follow bad friends. Read your books and graduate with good grades so you can land a good-paying job,” Jennifer’s parents advised. Jennifer followed her parents’ advice.  Four years later, Jennifer graduated with an Upper Second-Class Honours. Shortly after, she […]

The post Jeremiah Ajayi: All you Need to Know about Freelancing as an Undergraduate appeared first on BellaNaija - Showcasing Africa to the world. Read today!. 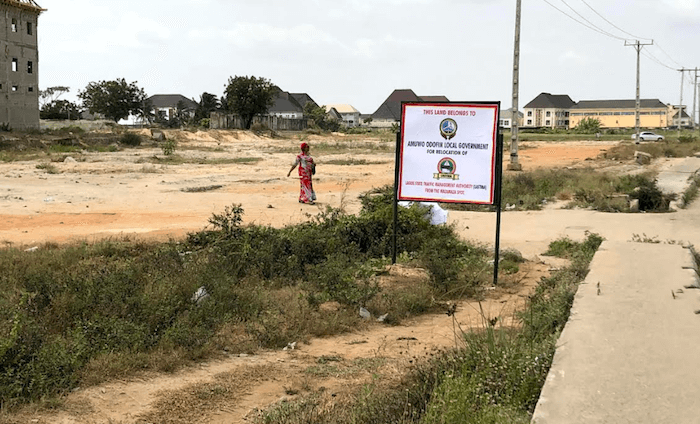 Soba community in Abule-Ado is not finding it easy to move on from a sad event that brought it huge losses – of man and material. It was a beautiful Sunday morning. The day had broken like every other day and some residents, used to early morning worship, had gathered in their various churches to […] Read Full Story