The Malawi Sustainable Development Goals Acceleration Fund (SDG-AF) was created in 2019 by the Government of Malawi, development partners and the United Nations (UN) to accelerate progress towards national achievement of the SDGs. .

At its meeting on February 5, the Fund’s Steering Committee, co-chaired by the Secretary of the Treasury, Mr. Chauncy Simwaka and the UN Resident Coordinator, Ms. María José Torres, approved three Joint Programs that address the core priorities national, decentralizing implementation to the district level and ensuring services reach the last mile.

Each program is multisectoral and involves various government ministries and UN agencies, focusing on girls’ education, building resilient livelihoods for the poor and vulnerable, and improving access to basic health care. The combined budget of the three joint programs for the next four years is $ 130 million (approximately MK 101 billion). These programs are financially supported by the Fund, thanks to contributions from its donors: the United Kingdom, Norway, Canada, Flanders, Ireland, Romania and the UN.

“These programs represent strategic alliances between the Government of Malawi, including local authorities and communities, and the UN, thanks to the support of development partners in a step towards accelerating the SDG agenda over the next 10 years, as described in Malawi Vision 2063 ”. Simwaka said.

At the meeting, the Committee activated the Fund’s Humanitarian Window to help address the second wave of COVID-19 in support of the Government Response Plan. Through the window, the Fund has allocated an additional MK3 billion to support national efforts to combat COVID-19.

“The new contribution, this time thanks to the support of Canada, will strengthen Malawi’s response to address the pandemic and its adverse socioeconomic effects by ensuring that vulnerable groups such as women and girls are not left behind in the response,” said Torres. .

At the meeting, Canada was welcomed as a new donor to the Fund, while the Presidents highlighted the significant support from Norway and the United Kingdom to implement the three approved Joint Programs.

The high-level government representatives who attended the meeting came from the Ministry of Finance; Ministry of Economic Planning, Development and Public Sector Reform; Office of the President and Cabinet; Ministry of Local Government; National Planning Commission; Department of Disaster Management Affairs; Ministry of Education and Ministry of Health. The UN was represented by heads of FAO, UNDP, UNFPA, UNICEF and WFP, led by the Resident Coordinator. 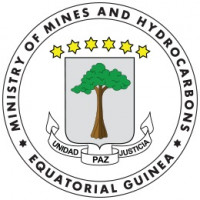