Abdullahi stated this at the National Centre for Artificial Intelligence and Robotics (NCAIR) Office, Wuye when he hosted delegates from the Federal University of Technology, Minna led by the Vice Chancellor, Professor Abdullahi Bala.

He explained that technological ecosystem comprises of the Small and Medium Scale Enterprises (SME’s) which grow lineally and the Innovative Driven Enterprises (IDE’s) which grow exponentially and have a broader market, adding that innovation is the best mechanism in creating prosperity.

He further said that most of the developed and wealthy nations do not depend on their natural resources but on creative innovations.

Abdullahi expressed his delight at the University’s intention in seeking more collaboration, a synergy which he described as strategic in sustaining a digital economy, prepare the students for the Fourth Industrial Revolution, boost Industrialization as a whole to move the country forward.

He said that the creation of an ICT hub for universities in all the geo-political zones which included the Federal University of Technology, Minna was in line with the NCAIR’s mandate of collaborating with universities in empowering youths.

“Graduates are unemployable these days because all they know is theory and will always need additional training upon employment but exposing them to these technology advancements will broaden their knowledge and give them the opportunity to conceptualize their ideas,” he said.

The NITDA boss stated that minimal capital is needed to be a part of the Fourth Industrial Revolution, and that is the purpose of Artificial Intelligence and Robotics Centre, to devise ways in which fundamental technology can be used to solve problems and create prosperity.

Earlier in his speech, Professor Abdullahi Bala said that the purpose of the visit was to thank the Agency for its intervention of IT Hub to the university which has been built and commissioned for use and also to leverage on the cordial relationship between the Agency and the University  in exploring more collaborative opportunities for productive interactions in Research, Innovation and Development in Emerging technologies.

He assured the DG that the University has scaled its capacity to further collaborate and complement the efforts of NITDA by creating an International Centre for Emerging Technology, an initiative which he believes, in collaboration with the NCAIR will focus on areas of  Artificial Intelligence, Robotics, Capacity Building, Research and Development.

Prof. Bala said that the University has all it takes to train NITDA scholars in post graduate studies and admonished them to come occasionally as visiting lecturers to interact with their students. 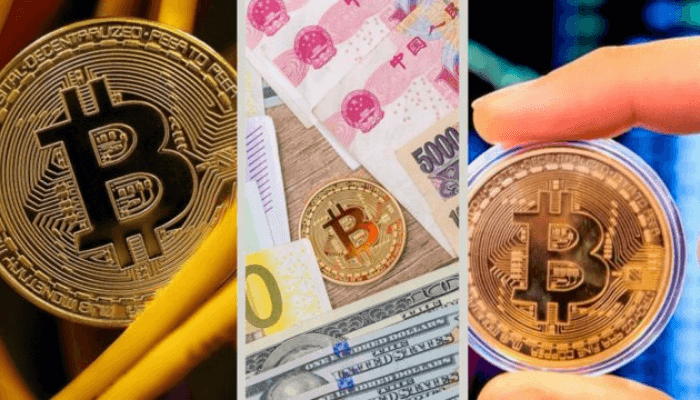 The plan by the Nigerian government to earn $6 billion from the global blockchain market is now in jeopardy after the Central Bank of Nigeria (CBN) asked banks not to support crypto dealings and exchanges, as well as close accounts belonging to operators. The National Information Technology and Development Agency (NITDA) had at a November […] Read Full Story

By Aliyu Dangida – Dutse The Director General National Information Technology Development Agency (NITDA), Mr. Kashifu Inuwa has revealed that the latest statistics indicate that over 124 million Nigerians are using the internet in Nigeria. Speaking at a one-day digital training workshop on online and e-marketing to the members of Jigawa state chamber of commerce,
Read More

…extends time line for filing of annual audit report By Emmanuel Elebeke National Information Technology Development Agency, NITDA, has ordered a data controller, Electronic Settlement Limited to pay the sum of N5 million as fine for certain breaches on personal data entrusted to the company. NITDA said its action was in line with the requirements of
Read More