The recent circular from the Central Bank of Nigeria (CBN) directing Deposit Money Banks (DMBs) and Other Financial Institutions (OFIs) to desist from transacting in / and with entities dealing in cryptocurrencies, has drawn various reactions from the public.

While some have demanded justification for such restriction, others have described the development as preventive, cautionary and capable of saving the country from Money Laundering and Terrorist Financing.

Cryptocurrencies are digital or virtual currencies issued by largely anonymous entities and secured by cryptography. Cryptography is a method of encrypting and hiding codes that prevent oversight, accountability, and regulation. While there are a number of cryptocurrencies now in circulation, Bitcoin was the first to be introduced in 2009, and now accounts for about 68 percent of all cryptocurrencies.

“Virtual currencies are in a different category, because they provide their own unit of account and payment systems. These systems allow for peer-to-peer transactions without central clearinghouses, without central banks,” said Christine Lagarde, former managing director of the International Monetray Fund (IMF).

Part of the circular signed by Bello Hassan, director for banking supervision, and Musa Jimoh, director of the payment system management department, reads, “accordingly, all DMBs, Non-Bank Financial Institutions (NBFIs) and OFIs are directed to identify persons and/or entities transacting in or operating cryptocurrency exchanges within their systems and ensure that such accounts are closed immediately.”

Reacting to the development, Uche Uwaleke, professor of capital market and president, Capital Market Academics of Nigeria, said, “Given the weighty nature of the directive, I want to believe that the CBN must have consulted relevant stakeholders, including the Bankers Committee, before taking the decision”.

“I am inclined to believe that it was well thought through and not a unilateral decision. The fact is that what the CBN could see in a squatting position, many cannot see standing.

He said the directive should be seen in the light of the fact that the CBN may have information which may not be available to the public.

“In my view, the flaw in that circular is that it did not state the reason why the Apex bank is taking that course of action. It should have done so especially if it’s to do with fraudulent activities and threats to financial system stability.

“I recall that not too long ago at some point, China, widely seen as the home of Cryptocurrencies, had to ban trading in bitcoins.

“I believe this measure is only temporary. Given that cryptos have come to stay, the CBN and the Securities and Exchange Commission (SEC) should come up with a regulatory framework for crypto asset trading in Nigeria,” Uwaleke said.

On his part, Uju Ogubunka, president, Bank Customers Association of Nigeria (BCAN) said the CBN is at vantage point to know what is good for the country because it is the legal tender issuer.

He said there is trace of who is behind the cryptocurrency. “I am not sure there is any protection like the one that the Nigeria Deposit Insurance Corporation (NDIC) give to financial institutions”, he said.

“I think the CBN does not want Nigerians to create more problems to themselves because they have had enough. So the CBN’s action is preventive, protective and it is a god development,” Ogubunka said.

Aminu Gwadabe, president, Association of Bureaux De Change Operators of Nigeria (ABCON), said the new changing global behaviour towards cryptocurrency trading in Nigeria is not in tandem with Nigeria’s AML/CFT compliance structure as the country battled to move out of the Financial Action Task Force (FATF) sanctions list.

He said that cryptocurrency trading is so pervasive and widespread that every segment and all operators in the financial industry is becoming vulnerable to their operations that are not guided by regulation.

That is why many financial sector regulators, prominent financial institutions including global banks, and investment firms are moving swiftly against the cryptocurrency operators .

“All over the world, no regulatory institution has given a fiat approval of the new digital money due to its vulnerability to money laundering and counter terrorism financing. It is therefore the believe of our Association that the measures of the CBN will ensure confidence of our foreign partners to boost economic growth,” Gwadabe stated.

In China, Cryptocurrency-related activities have received little tolerance from the Chinese government. Initial coin offerings (ICO) were banned in China in September 2017. Exchange platforms that traded cryptocurrencies or provided facilitation services were also ordered to be closed following the crackdown on ICO.

Bangladesh bank issued a ban on cryptocurrency. The bank said this is because cryptocurrencies do not conform to Foreign Exchange Regulation Act, 1947, Anti Terrorism Act 2009 and Money Laundering Prevention Act, 2012.

Morocco’s foreign exchange office and central bank prohibits the use of cryptocurrency for transaction in the country.

IMF had speculated that Bitcoin and cryptocurrency have as much of a future as the Internet itself. It could displace central banks, conventional banking, and challenge the monopoly of national monies.

The CBN has explained that its circular of February 5, 2021 did not place any new restrictions on cryptocurrencies, given that all banks in the country had earlier been forbidden, through CBN’s circular dated January 12, 2017, not to use, hold, trade and/or transact in cryptocurrencies . Indeed, this position was reiterated in another CBN Press Release dated February 27, 2018,” the CBN said.

It is also important to note that the CBN’s position on cryptocurrencies is not an outlier as many countries, central banks, international financial institutions, and distinguished investors and economists have also warned against its use. They have all made similar pronouncements based of the significant risks that transacting in cryptocurrencies portend- risk of loss of investments, money laundering, terrorism financing, illicit fund flows and criminal activities. China, Canada, Taiwan, Indonesia, Algeria, Egypt, Morocco, Bolivia, Kyrgyzstan, Ecuador, Saudi Arabia, Jordan, Iran, Bangladesh, Nepal and Cambodia have all placed certain level of restrictions on financial institutions facilitating cryptocurrency transactions.

Even famed investor Warren Buffett has called cryptocurrencies “rat poison squared,” a “mirage,” and a “gambling device.” Buffett believes it is a “gambling device” given that they are mostly valuable because the person buying it does so, not as a means of payment; but in the hope they can sell it for even more than what they paid at some point.

During an online forum hosted by the Davos-based World Economic Forum few weeks ago, Andrew Bailey, the Governor of the Bank of England, highlighted the extreme price volatility of cryptocurrencies as one of the biggest flaws and explained that this flaw makes it impossible for them to be used as a lasting means of payment.

“Have we landed on what I would call the design, governance and arrangements for what I might call a lasting digital currency? No, I don’t think we’re there yet, honestly. I don’t think cryptocurrencies as originally formulated are it,” he said.

It is not surprising he would take that position because, Bitcoin, the best-known cryptocurrency, hit a record high of $42,000 per unit on January 8, 2021, and sank as low as $28,800 about two weeks later. This is far greater volatility than is found with normal currencies, the CBN said.

Second, the very name and nature of “cryptocurrencies” suggests that its patrons and users value anonymity, obscurity, and concealment. The question that one may need to ask therefore is, why any entity would disguise its transactions if they were legal. It is on the basis of this opacity that cryptocurrencies have become well-suited for conducting many illegal activities including money laundering, terrorism financing, purchase of small arms and light weapons, and tax evasion. Indeed, many banks and investors who place a high value on reputation have been turned off from cryptocurrencies because of the damaging effects of the widespread use of cryptocurrencies for illegal activities, the CBN said. 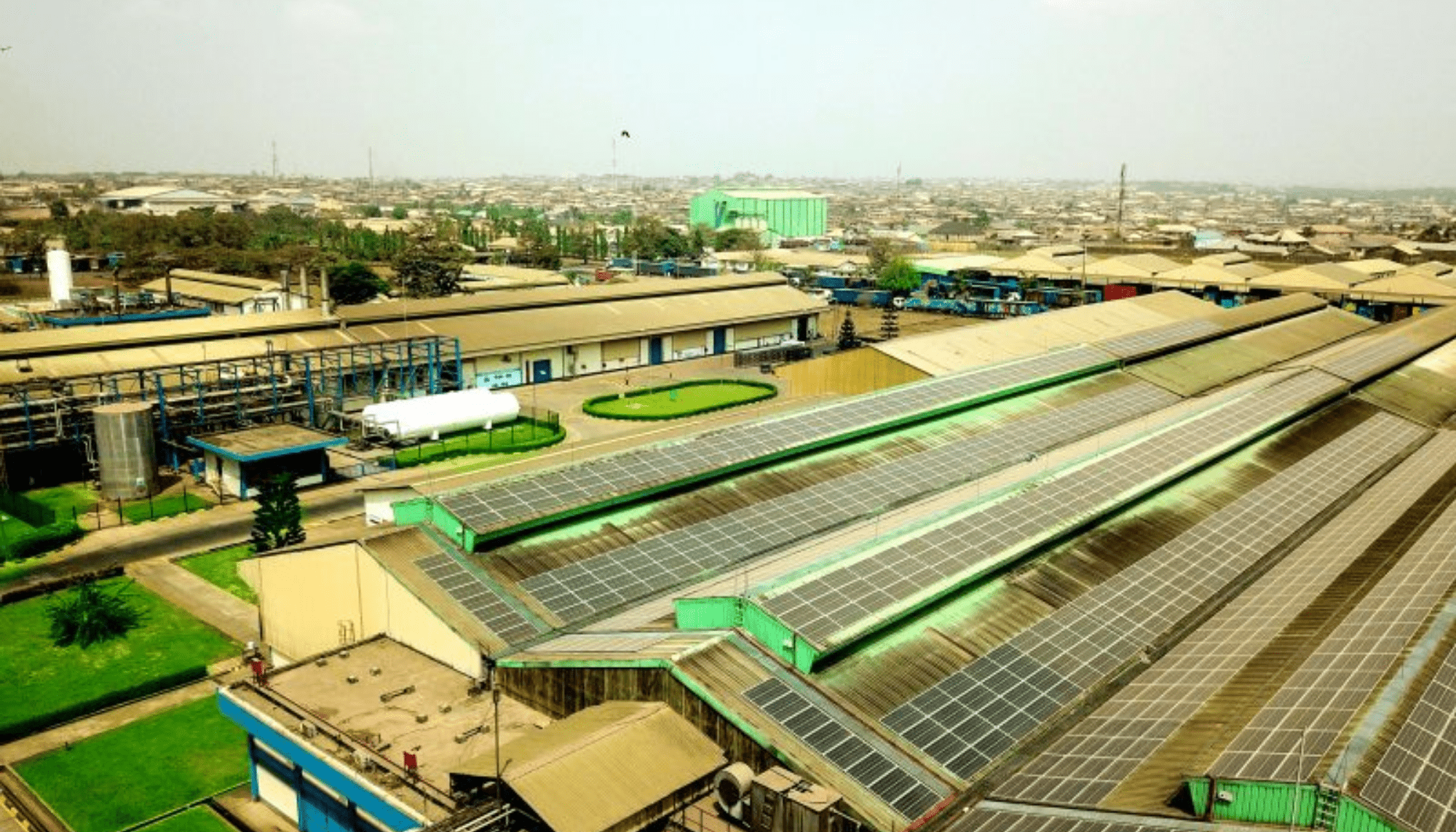 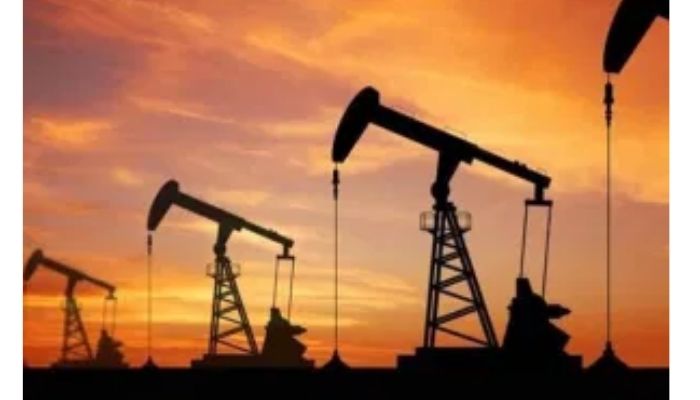 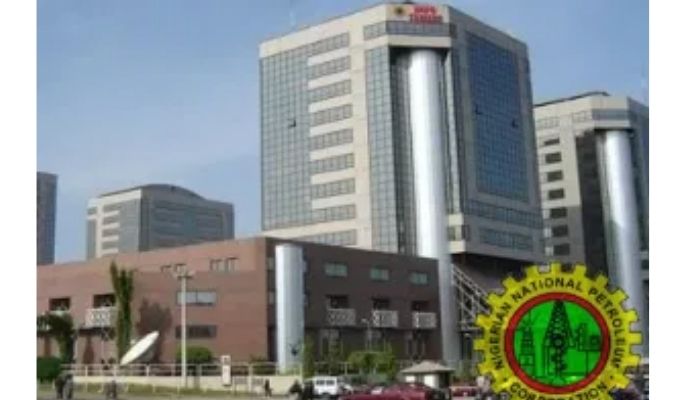 The Nigerian National Petroleum Corporation (NNPC) has announced a trading surplus of ₦13.43billion for the month of November 2020 up by 54 percent when compared to the ₦8.71billion surplus recorded in October 2020. This is contained in the November 2020 edition of the NNPC Monthly Financial and Operations Report (MFOR), according to a press release […] Read Full Story