The news of the record shattering 33.1% annualized gross domestic product growth in the U.S. in the third quarter of 2020 seemed, to many people, like a farce. It’s not that the data — reflecting the rebound from an abysmal spring and summer — was technically wrong. It’s that it bore no resemblance to most people’s lived experience.

At a time of a massive public health crisis, long lines at food banks, record-breaking hurricanes, glaring racial disparities and mounting feelings of stress and anxiety, no one wants to hear about the historic triumph of an abstract number that’s supposed to tell us how well our society is doing. This raises the question: Why do we measure our economy according to a metric that says so little about our well-being?

This isn’t just an academic musing. It’s a practical question for governments today. The measurement that most societies use as the benchmark for national progress doesn’t meaningfully account for successful management of priorities like public health, economic equity, climate action or racial justice. This poses a problem because, in government, as in business, “we manage what we measure.”

For example, GDP doesn’t reflect whether an economic recovery is equitable. The growing divide of the pandemic — wherein the wealthiest individuals have seen unprecedented income gains and tens of millions of families have lost income — has had no discernible bearing on GDP numbers. Likewise, GDP hasn’t registered the widening gap between Black and white unemployment in recent months, or the ongoing devastation of the opioid epidemic. Other equity stressors — like climate impacts — may even be contributing to its rise. Financial analysts have estimated that, if anything, past hurricanes have caused a slight increase in GDP due to the activity associated with cleanup and rebuilding. A decade ago, the worst environmental disaster in U.S. history, Deepwater Horizon, registered as a plus for GDP for similar reasons, according to JPMorgan Chase estimates.

While GDP is useful in its official objective of measuring short-term economic output, it’s a flawed proxy for national progress. Unfortunately, that is precisely how it’s used — as the primary indicator of the success or failure of leaders and public policies. Consider, for example, the flawed claims that the third quarter’s GDP numbers served as empirical proof that the Trump administration “was right” about how to handle the coronavirus. The lesson is that if we focus attention on a measure of raw output rather than well-being, we risk policies that sacrifice what’s truly important.

Thankfully, there’s a growing movement in economics to overcome the fixation with this one indicator. The 2019 Nobel laureate economists Esther Duflo and Abhijit Banerjee have written that it may be “time to abandon our profession’s obsession with growth.” Advancements in data collection, statistics and computing help make it possible to upgrade our metrics. Countries including Germany, France and the United Kingdom have, for example, started investigating more comprehensive national indicators. Policymakers and researchers in U.S. states including Maryland, Vermont, Oregon and Utah have explored new indicators that account for costs like commuting time and benefits like higher education. Still, in spite of the research and official interest, little has actually changed in national accounting to date. The politics and the technical work of reforming such a widely-used statistic remain challenging.

So, here’s an actionable solution: Given that standard GDP still has its uses, governments don’t need to abandon it. Rather, governments should transform it into a series of indicators — much like existing U.S. statistics for unemployment are reported as “U1” through “U6,” with each number reflecting different aspects of unemployment. Other statistics, including consumer price indexes and the money supply, are similarly reported as a series instead of a single number.

While GDP, or G1, would be standard national income, G2 could give a fuller picture of income, revealing how equitably it is distributed while reflecting the contributions of unpaid labor, like care for children and elders. G3 might look to the future, ensuring that today’s output does not hamper tomorrow’s by exacerbating environmental challenges or depleting resources. G4 could seek to account for our overall day-to-day well-being, including, for example, measures of health and social connection.

To see why such differences matter, look to the last economic recovery — the long climb out of the Great Recession. During that period of regrowth, the top decile of U.S. earners captured about half of all income gains, and GDP rose accordingly. By accounting for inequality, G2 would have better reflected the sluggish rebound that most people, and particularly Black households, experienced. Similarly, G3 could have offered a more accurate assessment of long-term liabilities associated with environmental externalities. For example, researchers from the Dallas Federal Reserve estimated that the shale boom during the 2010 to 2015 period accounted for one-tenth of GDP growth during that time. A G3 indicator could have subtracted the long-term costs of associated methane emissions and groundwater pollution, presenting a more refined estimate of the net effect.

New indicators wouldn’t only spotlight societal problems. The aim would also be to capture important gains that GDP currently misses. For example, both G3 and G4 would have outpaced GDP in response to the $522 billion green stimulus that countries including China, the U.S. and South Korea enacted after the Great Recession. In addition to counting the economic boost from new investments in renewable energy and energy efficiency, G3 would have included climate benefits, while G4 would have reflected gains from cleaner air and improved health.

Today, as governments once again craft policies to “build back better” following an economic crisis, they need indicators that reflect a meaningful conception of “better.” President Joe Biden’s administration has the opportunity to start the process of re-imagining GDP right away. By directing the Bureau of Economic Analysis at the Department of Commerce to start working on modernizing measures, the administration likely wouldn’t need to wait for legislative action.

To be clear, upgrading GDP isn’t a creative way to find quantitative justification for a set of ideological priorities. While issues like equity and sustainability tend to be the domain of the political left, it was, after all, the conservative former French president Nicolas Sarkozy who commissioned a groundbreaking study of GDP alternatives because he saw that rural constituencies felt alienated with how the media and urban elites were portraying the state of the real economy. Rural and industrial communities in countries like the U.S. and the U.K. voice similar concerns today.

While matters of statistical computation rarely capture the public imagination, this one gets to the heart of a deep and timely question: How to pursue genuine thriving rather than growth for its own sake. And at a time when people across societies are seeking systemic change, re-imagining GDP is one plausible way that governments can deliver.

Yemi Shodipe, not real name had gone to his Local Government headquarters in Lagos to obtain a third party motor insurance policy from the vehicle registration office in that vicinity.

About six months after he was using this insurance paper and always getting police pass, the bubble finally burst last week when the vehicle got involved in an accident, bashing another person’s car from behind with lot of damages.

When he presented his insurance paper to enable the affected car owner get third party protection from his insurance, it was discovered that what he had was a fake document that does not offer any protection.

Where did he get it?. Shodipe said he got it from an insurance agent who runs round to sell insurance policy to customers at the vehicle registration centre.

It was then he discovered that it was fake papers he bought. How can you avoid buying a fake insurance certificate?

Here, experts in insurance urge Motorist and vehicle owners to verify the authenticity of their insurance certificate on USSD code 56511# to avoid running into troubles with security agencies.

The verification will enable you confirm that the certificate you carry is original and not fake, so that you can easily know what you are carrying before you run into security checks.

Again, if your insurance has not uploaded the policy on the industry NIID platform, the verification will enable you follow up and ensure it is uploaded before you are fined.

Yetunde Ilori, director general, Nigerian Insurers Association (NIA) had said the association is working hard with the technology companies that designed the platform to ensure that it nears perfection.

She stated that efforts were being made to ensure that its member companies comply with the agreement to upload their motor policies without leaving any gap.

Ilori stated that the USSD code is a new concept, which she said is evolving, adding that the NIA is doing everything within its powers to ensure that the initiative works and solicited the support of Nigerians.

According to her, the platform is considered an important step in the fight against insurance fraud and economic sabotage.

Ilori said prior to the establishment of the platform, cloning and faking of insurance certificates were thriving business in the country, but now, it has reduced.

She said that platform would further protect the image of the industry and also ensure that only insured vehicles were driven on Nigerian roads.

NIA DG noted that the association would continue to evolve technology to solve challenges confronting the industry and to deepen insurance penetration in the country.

To deepen the impact of the platform, the DG said the association in collaboration with Nigeria InterBank Settlement System (NIBSS) launched the USSD 56511# code and allow easy access regardless of internet connection.

The USSD (Unstructured Supplementary Service Data) is a Global System for Mobile Communication (GSM) technology used to send text between a mobile phone and an application programme in the network. It works independent of internet connectivity.

In this instance, any mobile phone ( not necessarily a smartphone) would communicate with the NIID system to retrieve policy status whenever required.

It is hoped that with the USSD, we would have fully overcome the problems associated with the dedicated devices as it guarantees uninterrupted service throughout the country and on all networks.

“Our existing and prospective customers now have the opportunity to confirm the genuineness of their respective policies at the time of purchase to avoid any embarrassment should claim occur.”, the NIA said. 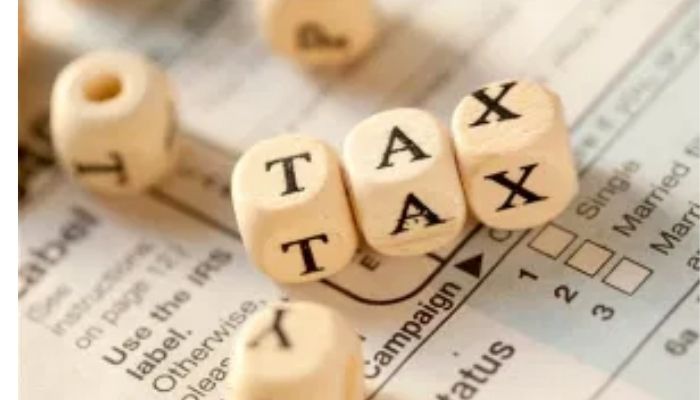 The Agenda 2063 is Africa’s audacious goal to transform the continent into a powerhouse of the future through sustained and inclusive growth. As is the case with developmental goals, sustainable financing is critical to the success of the Agenda 2063. Accordingly, the African Union (AU) has stated that domestic resource mobilization is a key priority […] Read Full Story

Burkina Faso, a West African country, will acquire a new large-scale renewable energy plant, it was announced today, 15e March. Located some 250 km southeast of the country’s capital, Ouagadougou, near the town of Pâ, the new solar power plant will supply all the electricity it produces to Burkina Faso’s national electricity company, La Société Burkina Faso National Electricity Authority (SONABEL). The Emerging Africa Infrastructure Fund (EAIF), a member of the Private Infrastructure Development Group (PIDG), is lending the project developer, Urbasolar SAS, 80% of the capital required for the construction of the new 30 MW facility. The EAIF is the only lender of the project, providing 29 million euros of the 35.4 million euros of estimated development costs. Financial close (the transfer of funds from lender to borrower) is scheduled for the second quarter of the year. Paromita Chatterjee, director of investments at EAIF managers, Ninety One, says; “Harnessing […]

Should you reward your CEO with stock options? 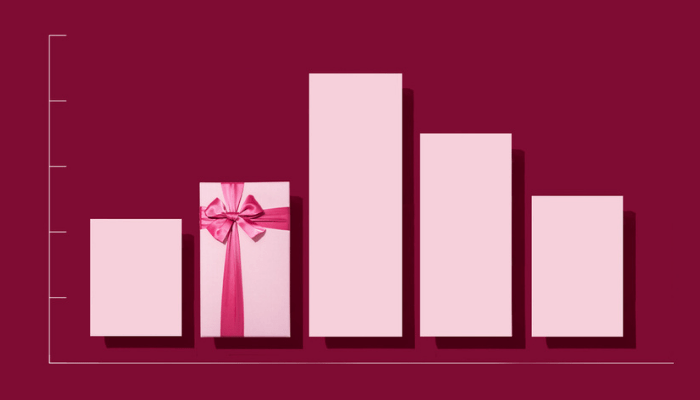 When Boeing Co. CEO Dennis Muilenburg was ousted from the company in 2019 for his mismanagement of the 737 Max crisis, he left with stock options worth at least a net $18.5 million. At the same time, Boeing’s shareholders took a beating, with the stock losing 25% of its value. Muilenburg, in other words, left […] Read Full Story