The All Progressives Congress, APC, Lagos State and Chief Press Secretary to Governor Babajide Sanwo-Olu, (Mr. Gboyega Akosile) have urged residents of the state to disregard calls for a planned protest by some individuals, slated for Saturday, February 13, 2020, against the reopening of the Lekki tollgate in the state shut in the wake of #EndSARS protest.

The organisers of the protest are angered by a ruling for the tollgate to be reopened as issued by the Lagos State Judicial Panel of Inquiry and Restitution for Victims of SARS Related Abuses.

Recall that the panel of enquiry, led by Justice Doris Okuwobi (retd), set up to thoroughly investigate all verifiable claims of abuses and fatalities arising from defunct SARS brutal activities, bring erring officers to justice and ensure adequate compensation for the victims had ordered reopening of the Lekki Tollgate Plaza.

Some youths protesting against SARS brutality and irresponsible governance in the country were allegedly gruesomely murdered by men of the Nigerian Army during the Lekki Tollgate shootings aimed at quelling the #EndSARS uprising.

See also  Why I would never join APC – Fayose

Soldiers had opened fire on the unarmed peaceful protesters following “orders from the top.”

To the former Deputy National Publicity Secretary of the APC, the action of the panel is patently insensitive to the plight of innocent Nigerians who lost their lives or were maimed for life during the dastardly attack by government security forces.

He accused the panel of bias and acting the script of the Lagos State and the Federal Governments who consider the revelations emanating from the panel as a source of continuous embarrassment.

Frank, insisted that the Lagos State Government that constituted the panel is simply out to protect the interest of “big business” not minding the huge scars inflicted on Nigerians and Nigeria by the unprovoked Lekki Tollgate massacre.

He urged Nigerians to ignore the re-opening order which has been rightly rejected by four out of the nine-member panel.

“This is simply a display of crass insensitivity. The panel has shown by this action that they are not out to serve the cause of justice but to protect the interest of big business, Lagos State and Federal Government.

“Nigerians youths who died will not die in vain. I call on Nigerians resident in Lagos to ignore this reprehensible order that emanated from a kangaroo panel out to pervert the cause of justice rather than ensure it.

“The Governor of Lagos State, Babajide Sanwo-Olu and the ex-Service Chiefs who masterminded the killing of innocent Nigerians at the #LekkiMassacre must pay for their crimes against humanity either on earth or in the hereafter,” Frank declared.

Frank, therefore, called on Nigerians to stand up for the victims by staging solidarity protests wherever they live in the memory of the exterminated youths.

He expressed support for the #OccupyLekkiTollGate and called on Nigerian youths not to be intimidated by the action of security forces who may be out to frustrate the plan.

APC Lagos, in a statement by its Publicity Secretary, Seye Oladejo, on Tuesday, accused Timi Frank of calling for mayhem and anarchy in Lagos State as a result of the concession of the panel of enquiry set up to investigate all anomalies during the #EndSars protest to the management company of the Lekki toll-gate to commence the process of repair.

According to APC, “The statement is not only condemnable for its intention to get the youths back on the streets but also to unleash further mayhem on innocent Lagosians who are still individually and collectively struggling to over-come their recent losses.

“Our earlier position that the violent and orchestrated protest was sponsored is perhaps being buttressed by this renewed efforts to make our dear state ungovernable.

“We need to emphasize that the mindless reaction of the politically frustrated comrade is typical of someone seeking relevance through a rather sensitive issue.

“Besides, it is subjudice and lawless on the part of Timi Frank to condemn a panel that’s yet to officially submit its findings.

“We hereby call on all well-meaning Lagosians to condemn any act under whatever guise that could lead to further unrest in the state.

“We also need to be mindful of the ravaging second wave of the Covid-19 pandemic which thrives in an atmosphere of the mammoth crowd.

“While we commend the Lagos State government for its earnest and committed efforts to rebuild the state, we also appreciate their partners, individual and corporate, who are committing their hard-earned resources.”

APC, therefore, urged the Lagos State Government to remain committed to upholding law and order at all times and enjoin all and sundry to continue to engage in their lawful activities without needless distractions.

Meantime, Akosile, in response to a tweet with the hashtag “#DontLetThemBringLagosDown,” said “nobody will bring our dear Lagos State down. Their rights end where other people’s rights begin.”

The All Progressives Congress (APC) in Delta says it has pulled out of the Saturday Local Government council elections in the state. The APC Publicity Secretary in the state, Mr Sylvester Imonina, said this in a statement in Asaba on Saturday. Imonina said the party boycotted the election because the Delta State Independent Electoral Commission
Read More

By Vincent Ujumadu THE Anambra State chapter of All Progressives Congress, APC, Monday gave knocks to the state governor, Chief Willie Obiano, saying it was unfair for him to travel out of the state only to impose curfew on the people from the United States of America, USA. But the state government described APC’s statement
Read More 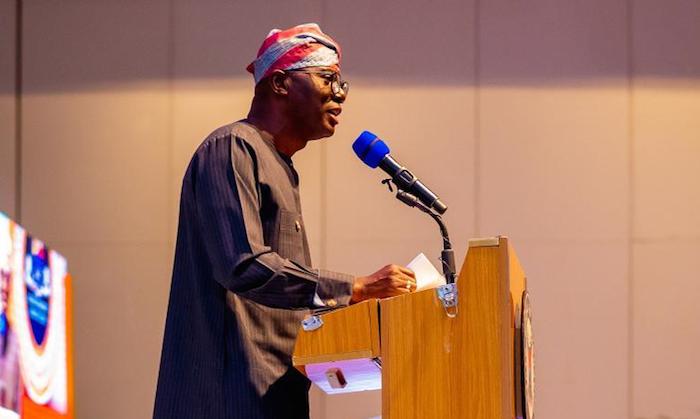