As he assumed functions yesterday, the UN Secretary-General Special Envoy for Libya and Head of the United Nations Support Mission in Libya (UNSMIL), Ján Kubiš continued his interactions with Libyan interlocutors, following his telephone calls with President of the Presidency Council Mr. Fayez Serraj and Minister of Foreign Affairs Mr. Mohammed Siala the day before.

He held telephone conversations with Mr. Agila Slaeh, the Speaker of the House of Representatives (HoR) and discussed the current situation, following the Libyan Political Dialogue Forum (LPDF) meeting in Switzerland and the way forward, including convening the HoR soon.

Special Envoy Kubiš held telephone conversations with Mr. Mohammad Younes Menfi, President of the Presidency Council designate and Mr. Abdul Hamid Mohammed Dbeibah, Prime Minister designate. They discussed the way forward to ensure a smooth transition of power to the new unified interim executive authority. Mr. Kubiš noted the intention of the Prime Minister designate to form an inclusive and representative Cabinet, within the timeline set by the LPDF Roadmap, that will reflect the richness and diversity of the Libyan society and its components, including women and youth, capable of addressing the most pressing issues in Libya including delivery of services to the people on an just and equitable basis and national reconciliation. Of critical importance for the government and the people is to prepare and hold the national elections on 24 December 2021.

Mr. Kubiš stressed the United Nations commitment to a stable, prosperous, sovereign and unified Libya, building on the momentum generated by positive developments achieved in the past months in the political, security and economic files, including ceasefire agreement through Libyan-led and Libyan-owned efforts and  processes.

The Special Envoy Ján Kubiš continued also with his telephone and video calls, reaching out to high representatives of regional countries and broader international community. 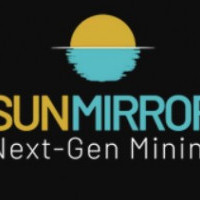 Increase the development of existing cassiterite (tin ore) assets and the exploration of new fields; engagement of Geonomik Pty Ltd to detail the tin potential of the Moolyella project; strong tailwind due to high tin prices. SunMirror AG (“SunMirror”; XETRA Vienna: ROR1; ISIN CH0396131929) (www.SunMirror.com), the mining and exploration company specializing in commodities such as gold, lithium and other metals and minerals , is stepping up its efforts to discover the potential of tin reserves to meet new demands. SunMirror hired Geonomik in Perth, Australia to review and lead the Moolyella Project, prospective for tin, lithium and rare earths. A review of the project in 2011/12 confirmed the sampling of reconnaissance rock chips over an area of ​​two square kilometers, revealing the presence of highly abnormal lithium in a significant number of samples analyzed. After further evaluation of historical data, SunMirror management decided to step up exploration for the very […]