Bayelsa State Governor Douye Diri has granted autonomous status to a new community, Kabokiri, formerly known as New Patani, situated between Anibeze and Adagbabiri on the River Forcados in Sagbama Local Government Area of the state.

The development on Monday is expected to alter the political configuration of Sagbama Ward 13 and increase the number of communities to five, including Anibeze, Adagbabiri, Tungbabiri and Tungbo.

Deputy Governor Lawrence Ewhrudjakpo has directed the Ministry of Local Government, Community Development and Chieftaincy Affairs to issue a certificate recognising the rural settlement as an autonomous community.

A statement by Doubara Atasi, media assistant to the deputy governor, described the development as consequent upon a justifiable request by the community mostly populated by migrant farmers from Anambra State.

In a meeting with the acting Amadowei, Ekiyor Ebidowei, in Government House, Yenagoa, Ewhrudjakpo said Governor Diri directed that the name of the community be changed from New Patani to Kabokiri as requested by the indigenes.

He urged the Sagbama Local Government Council to work closely with the Ministry of Local Government, Community Development and Chieftaincy Affairs to ensure the full integration of the Kabokiri community into the scheme of things in the Sagbama area and the state at large.

Read Also: How LEKOIL Nigeria, is giving women a voice

Ewhrudjakpo also charged the chairman of Sagbama Local Government Area to immediately meet with the leaders and integrate the new community fully into Sagbama Ward 13 to enable them to have a fair share of their rights and responsibilities as indigenes of the state.

He also urged the community to work out modalities for the conduct of credible elections that would enable them to choose capable individuals as their paramount ruler and officials of the Community Development Committee (CDC) as well as youth and women groups of the community.

Meanwhile, the deputy governor has constituted a committee to visit the Kabokiri Community to identify the immediate social amenities needed by the people and submit its report to the state government in three weeks.

“The governor has just approved a request that Kabokiri Community be properly integrated into Bayelsa State. So going forward, the name of that community is no longer New Patani. The new name of the community is Kabokiri based on what you people have requested,” Ewhrudjakpo said.

In their separate remarks, acting Amadowei of Kabokiri, Ekiyor Ebidowei, Pathfinder Ebikebina and other representatives all expressed gratitude to the state government for granting autonomy to their community.

While pledging to be a responsible community, they also vowed to remain loyal and committed towards supporting government policies and programmes at all times. 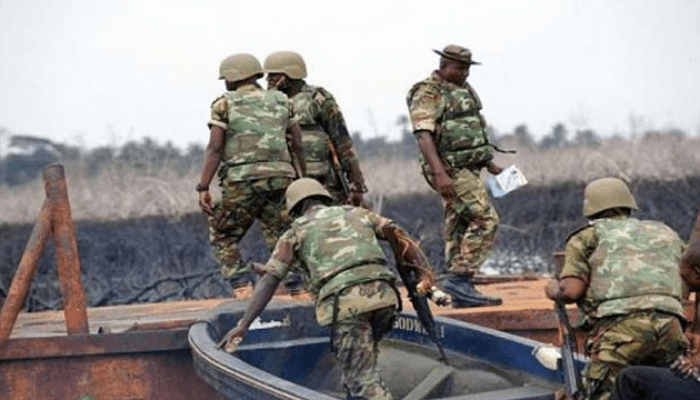 The people of Apoi Community in Southern Ijaw Local Government Area in Bayelsa State are in a state of panic over a looming military invasion following the killing of a soldier at the boundary of the community and neighbouring Azuzuama community. BusinessDay gathered that the soldier was killed by hoodlums on Monday while he was […] Read Full Story

Daniels Igoni, Yenagoa Scores of women from Epie and Atissa Kingdoms in the Yenagoa Local Government Area of Bayelsa State, on Wednesday, staged a peaceful protest against the menace of herdsmen around their communities. The women, who barricaded the Etegwe-Edepie Roundabout in Yenagoa, the state capital, chanted solidarity songs in their dialect and brandished green […] Read Full Story

A bank customer in Bayelsa State was on Monday saved by some residents and a team of policemen from being dispossessed of the sum of N10m cash by a gang of armed robbers. [READ ALSO] AstraZeneca fear: Vaccination suffers setback, five more countries halt exercise The incident was said to have happened around the Sani […] Read Full Story