Abia State chairman of the All Progressives Grand Alliance (APGA), Augustine Ehiemere, has described the death of Prestige Ossy, member representing Aba North/Aba South Federal Constituency in the House of Representatives, as a big loss to Abia people and humanity in general.

He said the announcement of Ossy’s death by his family came to the party with shock and unbelief, stating that the first rumour of his death was refuted by the party on the basis that the family had not communicated to them, until a few days ago when it became obvious.

“It is painful and regrettable for us to lose such a man. It is really painful. The party is in a very mournful mood,” Ehiemere said.

“We regret that Ossy died at the peak of his career in life; we console the family, APGA family and the entire country. Although we are still expecting the family to give us an official letter notifying the party of his death,” he stated.

Ehiemere explained that Ossy was a human capital developer, a technocrat and a businessman who ventured into politics.

He noted that under his tenure as his constituency’s representative at the National Assembly, Ossy showed his constituents what dividends of democracy were.

The chairman observed that Ossy empowered people, worked on their roads to make them passable and touched the lives of widows and orphans.

He noted that now that Ossy has died, it would be difficult to get an Abia politician who would do these things for his constituency.

Ossy, who until his death was the leader of APGA in Abia State, died in the wee hours of February 6, 2021, in Germany, where he was receiving treatment for an undisclosed ailment.

The family, in a statement signed by Chukwu Nnanna and George Ezikpe Okiyi, said that Ossy fought gallantly to live for his people but God decided to take him into rest in his bosom.

“As it pleased the Lord and in total submission to His Will, but with heavy hearts, we announce the passing away of Prestige Ossy.

“He was the member representing the Aba North/South Federal Constituency of Abia State at the National Assembly.

“His transition to Higher Glory occurred in the wee hours of 6th February in Germany where he has been receiving treatment for the past months.

“On his deathbed and up to his last days, his uncommon love for his uncommon people of Aba and Abia State found expression in words.

“He fought gallantly to live for his people but God decided to take him into rest in his bosom. Who are we to question God?” the statement said.

The family, therefore, promised to include everyone in the plans to give him “a hero’s farewell that he eminently deserves”.

Segun Adewole The Abia State Governor, Okezie Ikpeazu has said that the state pays compensation of N100,000 for any cow killed and farmland destroyed in conflicts between farmers and herders in the state. The Governor made this known during an interview on Channels Television’s Sunrise Daily programme on Monday. Ikpeazu said the payment is part […] Read Full Story

Tony Okafor, Awka The National Chairman of the All Progressives Grand Alliance, Chief Victor Oye, has said the President, Major General Muhammadu Buhari (retd.), will not interfere in the forthcoming Anambra governorship election. He urged members of the All Progressives Congress relying on the federal might to rethink their strategy because the president would not […] Read Full Story 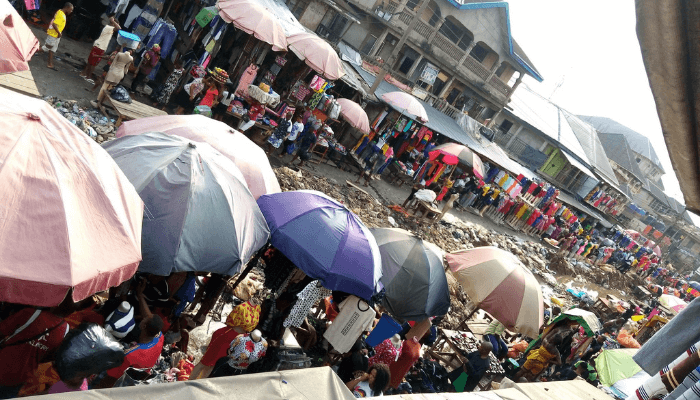 Traders at the Ngwa Road market (Ahia-Ohuru) Aba, Abia State have called the attention of the state government over the planned demolition of some shops in the market by the State Ministry of Trade and Investment. They have also raised the alarm over the hoisting of a telecommunication mast inside the market, describing it as […] Read Full Story