A former Deputy Governor of the Central Bank of Nigeria, Kingsley Moghalu, has faulted the recent action of the apex bank that Deposit Money Banks should desist from transacting in and with entities dealing in cryptocurrencies.

According to him, the Securities and Exchange Commission recognises cryptocurrencies as financial assets. SEC, which is supervised by the Federal Ministry of Finance, is the main regulatory institution of the Nigerian capital market.

The presidential candidate of the Young Progressives Party in the 2019 elections spoke on Monday while featuring on Arise TV’s ‘The Morning Show’ monitored by The PUNCH.

He said, “There is a regulatory dysfunction, there is lack of regulatory coordination. The Securities and Exchange Commission recognises cryptocurrency as financial asset and in September last year, they said they will be issuing a regulatory framework for it. So, it does look as if the right hand does not know what the left hand is doing.”

The PUNCH had earlier reported that the apex bank said cryptocurrencies promote illegal activities and raise risks, among other reasons.

But Moghalu said there was no means of exchange devoid of risk, adding that if the CBN could manage the risks of paper currency and electronic payments and other means of exchange, it should also be able to mitigate the risks associated with digital platforms such as cryptocurrencies.

He said, “I can understand their (CBN) concern –criminality and fraud, but every medium of exchange is subject to fraud and criminality. This was why when I was in the Central Bank, I led the team that introduced the Bank Verification Number. It was to act as a unique identifier to improve the security and efficiency of the payment system.

“So, I don’t see why there should be the declaration of the some sort of Third World War between the CBN and cryptocurrencies.”

“I would have preferred some deep thinking about some regulatory framework that restricts the use of cryptocurrency or subject it to some sort of surveillance that alerts the Central Bank if there are serious abuses that can affect the financial system stability.

“The bank has to be worried about the stability of our financial system and that is what its concern is. You have to be able to monitor to see whether the signs are coming up and you can stop trading or do other things.

YOU MAY ALSO LIKE: Almajiri system produced Dangote, Rabiu, others –Adamu Garba

“But an outright ban of financial institutions from having accounts associated with cryptocurrency exchanges or cryptocurrency trading wasn’t necessarily the best approach to the problem. That is what I think even though I understand why they have done it,” the ex-CBN deputy governor said.

While scathing criticisms have trailed the recent CBN action, some Nigerians including ex-presidential aspirant Adamu Garba have, however, hailed the move. They claimed it would help the country’s counter-terrorism fight, adding that terror groups like Boko Haram receive funds from external sponsors through cryptocurrencies.

But Moghalu urged the apex to fish out the sponsors of Boko Haram and other non-state actors.

“During the #EndSARS movement, Bitcoin and other cryptocurrencies were used to support the peaceful protests when the Central Bank started restricting access to account of people who supported the protest which was a move I did not support. I’m not sure it is the business of the Central Bank to clamp down on peaceful protesters in the name of national security.

“If we are so concerned about counter-terrorism and terrorism financing, perhaps, it (CBN) should place a lot of efforts in finding the financiers of Boko Haram which is killing people in the North-East of the country. We have the tendency in Nigeria to be focused on the wrong things and to be chasing shadows,” he stated. 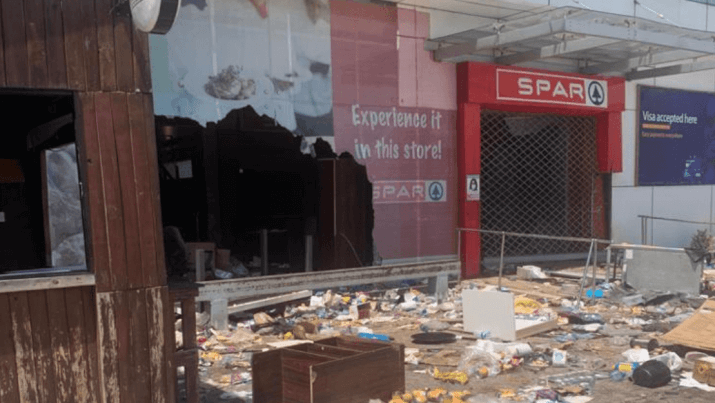 As businesses whose assets were affected during the #EndSARS protest across Nigeria begin to file claims, insurers have confirmed that the economic loss arising from the violent aftermath of the protest outweighs the insurable losses. Insurable loss is a sudden and unexpected event that results in damage to an asset and the resultant damage from […] Read Full Story

‘We Were Stripped Naked’: Comedian Macaroni Narrates Experience With Police At Toll Gate

Comedian  Debo Adebayo who is better known as Mr Macaroni has condemned the police for the treatment meted out to him and other protesters at the Lekki Toll Gate, claiming that they were stripped naked.  “When we were picked up, we were taken to Adeniji where we were beaten, we were stripped naked,” he … END_OF_DOCUMENT_TOKEN_TO_BE_REPLACED Read Full Story

Adelani Adepegba and Kayode Idowu BOKO Haram  in Borno State on Monday pushed the military back for over 12 hours, destroying facilities in the Dikwa Local Government Area of the state. Sources revealed that the terrorist group attacked the town around 6pm, pushing out the military and were in total control until Tuesday when the […] Read Full Story