Before contesting to lead the World Trade Organisation (WTO), Ngozi Okonjo-Iweala served twice as Nigeria’s finance minister, 2003-2006 and 2011-2015, and briefly as foreign minister in 2006, the first woman to hold both positions.

She spent 25 years at the World Bank as a development economist and rose to the No. 2 position of managing director, responsible for an $81 billion operational portfolio including Europe and Central Asia, South Asia, and Africa (2007-2011).

However, it was in her role as finance minister that her brilliance had the most impact on Nigeria. She helped the country’s economy grow an average of 6 percent (per annum) over three years.

Okonjo-Iweala is credited with developing reform programmes that helped improve governmental transparency, open up the sector to new investments, and stabilise the economy.

Read Also: What will President Buhari do today?

With $36 billion in external debt, 100 million people living on less than a dollar a day, and a fledgling democratic government attempting reforms, Nigeria should have been a strong candidate for debt relief. Yet, partly due to its oil revenues, Nigeria was not included in the debt relief programmes.

After failing to convince international creditors for debt relief, former President Olusegun Obasanjo brought in Okonjo-Iweala in 2003. When she first met the G8 finance ministers in 2003, she didn’t ask for any debt relief at all. Rather, she revealed her economic policies and told the assembled creditors that if and when she could show that those policies were working, then she would ask for debt relief.

So when she returned two years later, she led the Nigerian team to negotiate the debt relief proving with data that reforms were working.

Her key reform initiative was the National Economic Empowerment and Development Strategy (NEEDS), a very well-defined structural reform programme designed to provide macroeconomic stability through a combination of non-oil GDP growth, disinflation, management of foreign reserves, fiscal discipline, and budget transparency at both the federal and state levels.

Okonjo-Iweala started publishing the amount of money that each state of the federation got every month, allowing for accountability at the local government level.

She began delinking the budget from oil prices, prescribing a budget oil benchmark lower than prices. This helped in shoring up Nigeria’s foreign reserves.

The creditors saw her as credible and she and her team negotiated the cancellation of 60 percent of Nigeria’s external debt ($18 billion) with the Paris Club.

After intense negotiations, in October 2005, Nigeria and the Paris Club announced a final agreement for debt relief worth $18 billion and an overall reduction of Nigeria’s debt stock by $30 billion. The deal was completed on April 21, 2006, when Nigeria made its final payment and its books were cleared of any Paris Club debt.

The debt deal also included an innovative buy-back mechanism that wiped out Nigeria’s Paris Club debt and reduced the country’s external indebtedness from $35 billion to $5 billion.

Okonjo-Iweala also oversaw Nigeria’s first sovereign credit rating of BB – from Fitch and Standard and Poor’s – a rating that grouped Nigeria with other emerging market countries such as Vietnam, Venezuela, and the Philippines.

Ngozi Okonjo-Iweala pictured on her 1st day at work as Director-General of the World Trade Organization this morning March 1. She was confirmed for the job on February 15. She makes history as the first woman and first African to take up this post.
The... Read Full Story 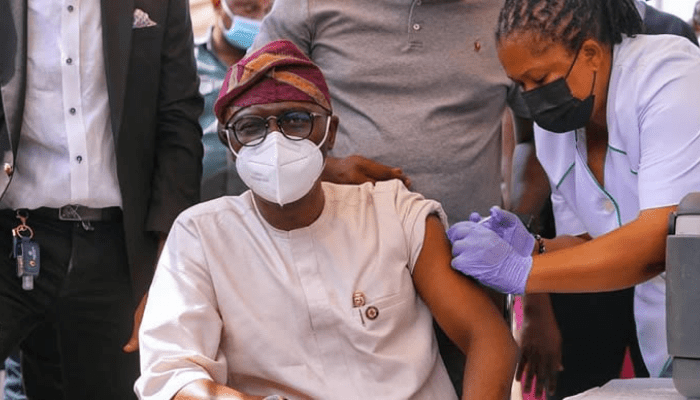 Lagos State governor, Babajide Sanwo-Olu and his deputy, Obafemi Hamzat, on Friday took the first injection of the Astra Zeneca COVID-19 vaccine, reassuring Lagosians of the safety of the vaccine. Sanwo-Olu and Hamzat took the jabs at the Infectious Disease Hospital (IDH), Yaba. Recall that the state government took delivery of the first consignment of […] Read Full Story

Nigerian female billionaire Ngozi Okonjo-Iweala has passed a good statement which has been considered by many as one that’s worthy of taken as best advice to Nigerian women and Africa parents at large. The Nigerian-American economist and international development expert who sits on the boards of Standard Chartered Bank, Twitter, Global Alliance for Vaccines and [...]