The Federal Operations Unit (FOU), Zone A of the Nigeria Customs Service (NCS), said it has intercepted smuggled foreign parboiled rice, used vehicles, textiles materials as well as Indian hemp worth over N30 billion smuggled into the country from Benin Republic.

The seizure was recorded one month after the Federal Government re-opened the nation’s land borders to economic activities after over one long year of border closure.

Speaking to newsmen in Lagos on Monday, Usman Yahaya, acting Customs Area Controller, FOU, Zone A, said the smuggled items were intercepted from January 1, 2021 till date.

According to him, also intercepted were fake and unregistered pharmaceuticals worth N51 million along Ijebu-Ode, Ogun State, as well as Indian hemp smuggled from Ghana to Iseyin in Oyo State.

“After the opening of Seme border by the Federal Government, the smugglers thought they could cash in on it to perpetrate their evil act, but the unit left them with heavy losses as evidenced in the seizures,” he said.

He said a total of 142,677 seizures of different items were intercepted even as he vowed never to relent in making the environment unconducive for smugglers.

“A quick glance at the period under review, the Unit intercepted and seized a total of 142,677 seizures of different items. 41,652 bags of 50kg smuggled parboiled rice from Idiroko, Ipokia, Imeko, Iseyin, Igbo-Ora and Seme; 1,356 bags of 25kg smuggled parboiled rice; 4,529kg of Indian hemp smuggled from Ghana to Iseyin in Oyo State worth N710 million,” he said.

Others items include 66 packs of Tramadol and other unregistered pharmaceutical products; 5,849 cartons of fake drugs; 266 units of means of conveyance and 218 used vehicles.

Also intercepted, according to the Customs boss, are 1,660 bales of textiles materials, 2,152 kegs of 25kg vegetable oil falsely declared at the seaport of Apapa and Tin-Can Island port, 6,985 cartons of frozen poultry products, and 985 kegs of Premium Motor Spirit (PMS).

“We arrested 44 suspects in connection with the seizures but as a Unit, we will continue to re-strategise to ensure that smugglers don’t have a hiding place. Instead of incurring losses, I will advise smugglers to embrace legitimate business and become responsible citizens,” he added.

Maritime disorder in the mighty ocean 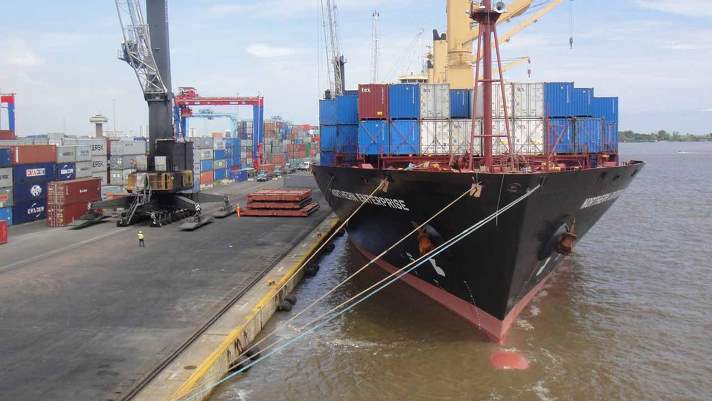 Shipping is one of the most dynamic industries in the world with fluctuating profits and losses depending on global economy. Shipping business is anchored on international trade and operates within a complex web of international treaties among shipping firms, shippers and governments. Maritime scholars believe, however, that there is hardly any shipping firm, shipper and […] Read Full Story 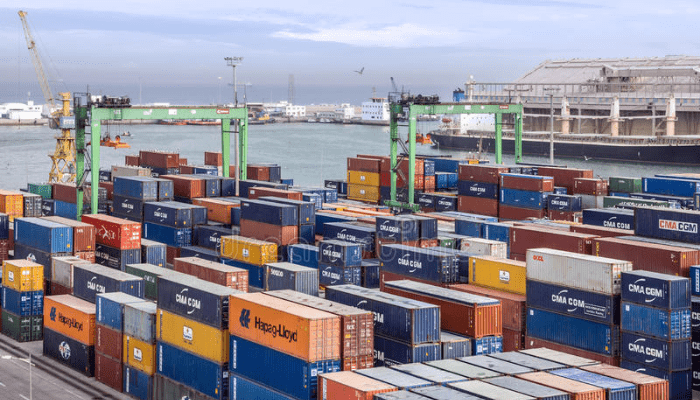 The Nigerian Inland Waterways Authority (NIWA), Nigerian Ports Authority (NPA) and Nigerian Maritime Administration and Safety Agency (NIMASA) have come under one umbrella known as Federal Maritime Agencies Committee on Activities of Barge Operations on Lagos waterways, to clamp down on illegal barge and jetty operators around the kirikiri Lighter Terminal. During a massive enforcement […] Read Full Story

Joseph Olaoluwa Hapag-Lloyd, a shipping company, has opened a new office in Kenya. The company will also have an office in Nairobi as the main business will be managed from the port city of Mombasa, a statement by the APO Group and signed by its Senior Director, Corporate Communications, Nils Haupt, said. Hapag-Lloyd mainly transports […] Read Full Story