The student CEO of a company tasked with distributing coronavirus vaccines in Philadelphia admitted Thursday that he had given some doses to friends, sparking anger in the US where the rollout of shots has been sluggish.

The group was a major player in Philadelphia’s coronavirus fight, first by participating in testing and then in early January by organizing the city’s first major vaccination center.

But Doroshin admitted that he had taken doses home and injected four of his friends, despite not being a registered nurse.

He defended his actions by saying that the doses were about to expire and his group could not find anyone in high-risk groups who were eligible for a shot.

“I stand by that decision. I understand that I made that mistake. That is my mistake to carry for the rest of my life, but it is not the mistake of the organization,” he told NBC.

The city severed ties with the group after it became a for-profit organization.

Several officials have called for an investigation into why city hall awarded the contract to someone so young.

Most states are prioritizing vaccines for workers most exposed to the virus and people over 65.

The lifespan of the vaccines made by Pfizer-BioNTech and Moderna is very limited once the vials have been opened.

There have been other reports of doses administered to non-priority people.

According to US media, health workers in Oregon administered six doses of the Moderna vaccine to motorists after they became trapped in a snowstorm, knowing the vials would likely expire before they got out. 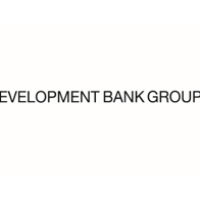 The Afirmative Finance Action for Women in Africa (AFAWA) program of the African Development Bank (www.AfDB.org) has agreed to a partnership with the African Guarantee Fund (AGF) to unlock $ 1.3 to $ 2 billion in loans to small and medium-sized companies owned by women. Enterprises (SMEs) in Africa, working with financial institutions to improve their ability to make loans to women. The move marks the launch of AFAWA’s Guarantee for Growth (G4G) program, which aims to make up to $ 3 billion in financing available to women entrepreneurs through risk reduction measures and technical assistance. Financial institutions from Cameroon, the Democratic Republic of the Congo, Kenya, Rwanda, Tanzania and Uganda are already joining the program. “As an implementing partner of AFAWA’s Guarantee for Growth program, we are already seeing a greater interest from banks in this innovative product that seeks to support women entrepreneurs. We have recently signed agreements […]

Dozens of people have been killed in attacks on a bus and nearby villages in Niger near its border with Mali, a security source and local residents said on Tuesday. No group claimed responsibility, but Niger is struggling with two jihadist campaigns — in the west near Mali and Burkina Faso, and a decade-old insurgency
Read More