Three people were confirmed dead and at least 150 were missing in northern India after a broken glacier caused a major river surge that swept away bridges and roads on Sunday, police said.

The massive burst of water tore through the Dhauliganga river valley, destroying everything in its path, videos taken by terrified residents showed.

Three bodies had been found and a desperate search was underway for more, police said, and efforts are underway to clear villages in the stricken region of Uttarakhand state.

“We have located at least three dead bodies on the river bed,” a police spokesperson in the state told AFP.

“Our last update puts the missing persons number at 150, and there are 16 or 17 persons trapped inside a tunnel.”

Most of those missing were at the Tapovan power plant next to a dam that was breached by the surge.

Emergency workers were desperately trying to reach about 17 people trapped inside a tunnel at the complex that had been filled with debris.

Scores of mobile phone videos shared on social media showed the massive burst of water tearing through a narrow valley below the power plant, leaving roads and bridges destroyed in its wake.

Most of the villages being evacuated are on hillsides overlooking the river, which is a tributary of the Ganges.

“The district administration, police department and disaster management have been ordered to deal with this disaster,” Uttarakhand chief minister Trivendra Singh Rawat said on Twitter.

“India stands with Uttarakhand and the nation prays for everyone’s safety there,” he said on Twitter.

Authorities emptied two dams in a bid to stop the flood waters reaching the Ganges at the towns of Rishikesh and Haridwar, where authorities have barred people from going near the banks of the sacred river, officials said.

The flash floods have caused damage to a dam next to the Rishiganga power plant and other infrastructure, Neeru Garg, a senior police officer in the region, told AFP. 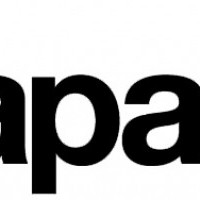 Hapag-Lloyd (www.Hapag-Lloyd.com) continues to grow in Africa. Today the shipping company opened a new office in Kenya. While the main business will be managed from the port city of Mombasa, the company will also have an office in Nairobi, the country’s capital. Hapag-Lloyd mainly transports agricultural products out of Kenya, in particular tea, coffee, fruit and textiles. Imports consist mainly of chemicals, foodstuffs and a wide range of plastic and rubber products. The new office will be headed by Country Manager Prashant Sindhwani. While 19 staff will work in Mombasa, 6 will be based in Nairobi and 1 in Uganda. Via the gateway port of Mombasa, the shipping company offers two different services. While the China Kenya Express Service (CKX) connects Kenya to some of Asia’s most important ports, such as Singapore and Shanghai, the East Africa Service (EAS2) connects the East African country to the west coast of India […]

Good news as Springbok women take the lead in Stellenbosch

World Rugby’s announcement on Tuesday of a world women’s season was greeted with great enthusiasm by the Springbok Women at their Stellenbosch base, where the training squad was increased to 40 players as their preparations shifted to top gear. And with local interprovincial competition set to return to the calendar this year, after falling last year due to the COVID-19 pandemic, Springbok’s female coach Stanley Raubenheimer had reason to smile, especially with the new World Rugby 2023 world schedule set to super load the women’s game. The world season, which is expected to feature three competitions – WXV1, WVX2 and WXV3 – was launched with the aim of increasing opportunities for competition, publicity and fan engagement, while simultaneously increasing the competitiveness of women’s football. Springbok Women could be in line to qualify for WVX2 as one of the best teams in Oceana, Asia and Africa, or WXV3 as the winner […]