The Board of Trustees of IRUKA, established by the Alex Ekwueme Federal University, Ndufu-Alike, Ebonyi State, was inaugurated last Wednesday at the university by the former President-General of Ohanaeze Ndigbo, Chief Nnia Nwodo.

According to Professor Chinedum Nwajiuba, the outgoing Vice-Chancellor, who initiated the think-tank, IRUKA (Centre for the study of the future of the Igbo) was established by the Alex Ekwueme Federal University for the purposes of developing and testing forecasts, plans, strategies and relationship intersections that are focused on the future of the Igbo in a changing world.

The appointment of members of the Board of Trustees of IRUKA is for a period of four years.

Professor Nwajiuba noted that members of the Board of Trustees are to ensure that the centre serves as a fulcrum for the propagation of the Igbo worldview by:

Establishing policies related to the Centre’s goals and objectives; approving the annual budget for the academic programmes set by the Centre; providing platforms for discussing issues relating to the Igbo world in the 21st century.

They are also to ensure good collaboration with some government agencies such as the Ministry of Education, Arts and Culture to promote the Igbo language, history and culture; create avenues for embarking on partnership programmes for corporate funding and sponsorship/scholarship from non-governmental organisations.

Other duties are ensuring that the Centre is well equipped and properly managed by knowledgeable and proficient members of the University, and periodically reviewing the strategic plans for the mapped out activities of  the Centre for each quarter and advise Management on issues relating to the Centre.

The inauguration of the Board of Trustees of IRUKA held during the maiden colloquium tagged “Taa Bu Gboo,” was attended by a select group of Igbo stakeholders.

READ  NBC can caution but mustn’t gag the media – Experts

The colloquium series provide a framework for harvesting the thoughts of notable thinkers and turning them into cohesive action points for relevant groups and institutions across the globe.

Aliyu, Gana, others back Reps bill on federal medical varsity

Leke Baiyewu, Abuja The House of Representatives on Monday held a public hearing on five bills, one of which was seeking establishment of a Federal University of Medicine and Health Sciences in Niger State. Two of the bills are to establish two Federal Medical Centres, one of which is to be located in Wase Federal […] Read Full Story 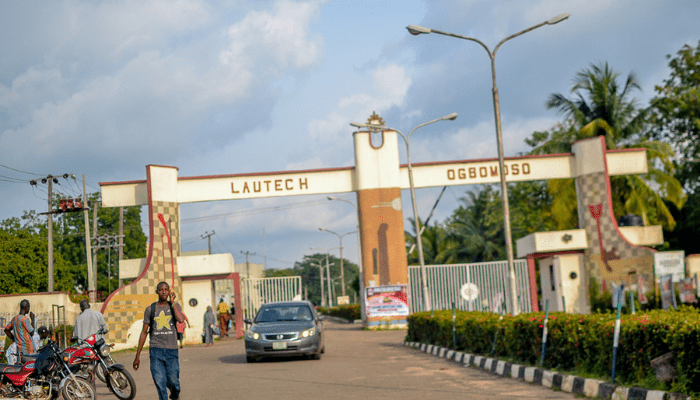 The Oyo State Governor, ‘Seyi Makinde, on Thursday, disclosed that the state will commence the push to make the Ladoke Akintola University of Technology (LAUTECH), Ogbomoso, a conventional university. The governor, who spoke while receiving a report of the Oyo State negotiating committee on the institution, added that the government will equally move the College […] Read Full Story

Assures of speedy rescue of Jangebe Schoolgirls Says police choppers, security agents, on rescue mission By Ibrahim HassanWuyo Governor of Zamfara State, Bello Mohammed Matawallen has directed the closure of all boarding schools in the state, following the abduction by gunmen of about 317 schoolgirls in the state. The Governor, in a state broadcast, said:
Read More