Drug trafficking and the abuse of the substances have been identified as the catalysts of bandits, insurgents and kidnappers who unleash terror and mayhem on hapless citizens in the country.

Narrating a story he was told by a counterpart of his in one of the Northern states, Tambuwal said, “We should also be mindful of the role that drug abuse plays in fueling the committing of these vices.

READ ALSO: Lekki: Sanwo-Olu yet to hand over camera ‘found’ by Fashola to #EndSARS panel – Adegboruwa

“A counterpart of mine, a serving governor once narrated to me an incidence. He told me that he once visited a hamlet and wanted to patronize local women coming back from the market where they had gone to hawk dairy products and stuff. When he called out on them, one of them ran away. He asked what was the problem and was told that she wasn’t carrying dairy products in her calabashes but drugs.

See also  If Coup Plotters Are Pardoned, Why Not Bandits? – Sheikh Gumi

“My colleague told me that much of the drugs used by the kidnappers and violent marauders get to them in this way. For this reason, we must act to overcome this menace of drug trafficking and drug abuse. Otherwise, we will only end up killing the snake without severing its head.”

Emphasizing that Islam is a religion of peace, the Governor said knowing this and propagating it will assist us all in salvaging our brethren who are neck-deep in this unfortunate trade of kidnapping, Boko Haram and wanton destruction of lives and property.

He said, “Had there been adequate upbringing of Muslims on the fear of God and the responsibilities of Muslims on their fellow Muslims, much of these ugly situations would not have to arise.

“This noble mission S-GULBAR have embarked upon is timely, commendable and is what we as state governments should support to salvage budding talents being wasted as terrorists in the north and ensure that peace and prosperity return to our domains.

“The subterranean moves by some shadow parties to trivialize these issues and turn them into ethnic and religious ones will not help us at all as a nation.

“The truth of the matter is that the perpetrators of these heinous crimes have injuriously wronged all manner of people, those of their ethnicity, tribes, religion and all manner of affiliations. They do not select who their victims should be. They are just a bunch of wayward characters who bonded themselves into groups and camps to carry out their nefarious activities,” he noted.

READ ALSO: Why Nigeria’ll work with WHO to provide vaccines — Buhari

Earlier in his remarks, the leader of S-GULBAR initiative, Sheikh Gumi, noted that if the situation of insecurity in the Northern part of Nigeria is left unchecked and leaders and followers are not united, it won’t augur well for the region and the country.

“This is why we decided to come and meet ‘the physicians’ who have the requisite prescriptions on how to tackle this malady.
“God willing, if we all cooperate in our different ways and capacities, we shall overcome these problems. That is why we are here.”

The Islamic scholar who also met separately with the Sultan of Sokoto, Muhammad Sa’ad Abubakar at his palace, later held a closed-door meeting with Governor Tambuwal at the Presidential Lodge of Government House, Sokoto.

Suspected armed members of Boko Haram sect, according to sources, are attacking Dikwa Local Government Area of Borno State after withdrawing at about 12 noon on Tuesday; after capturing the town on Monday evening. 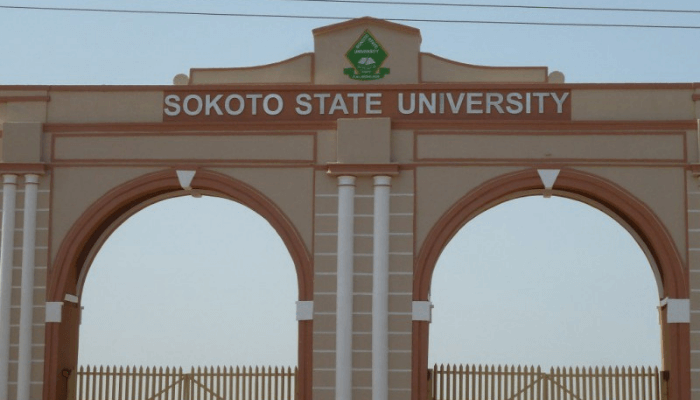 No few than 36 students are set to be awarded first-class honours at the forthcoming convocation of Sokoto State University, Sokoto (SSU), out of 1,473 students expected to participate in the first, second and third convocation ceremonies of the institution. Sani Muhammad Dangoggo, the vice-chancellor of the university, disclosed this to journalists at a press […] Read Full Story

A delegation of the Federal Government and the newly appointed service chiefs are currently in a meeting with northern governors. The meeting which is holding in Kaduna State has in attendance governors of Kaduna, Zamfara, Kebbi, Katsina, Jigawa, Kano, Sokoto, and Plateau states. The National Security Adviser (NSA) Babagana Monguno, northern traditional rulers, clerics … END_OF_DOCUMENT_TOKEN_TO_BE_REPLACED Read Full Story