Some recipients of the Moderna coronavirus vaccine have been left with itchy and swollen skin/ red lumps on their arm seven to 10 days after getting vaccinated.  The lump is sometimes painful to the touch and always appears on the arm in which the vaccine was administered, Mail Online reports.  The report also said the reactions have only occurred in people who received Moderna's COIVD-19 vaccine, and it's because they have previously gotten tetanus vaccines, the chickenpox vaccine, and the MMR (measles, mumps, rubella) vaccine. But Doctors have said there is no cause to raise alarm as the splotch is a harmless response from the immune system to the shot that fades within a week.    'We want to reassure people that this is a known phenomenon,' Dr. Esther Freeman, director of global health dermatology at Massachusetts General Hospital, told USA TODAY. 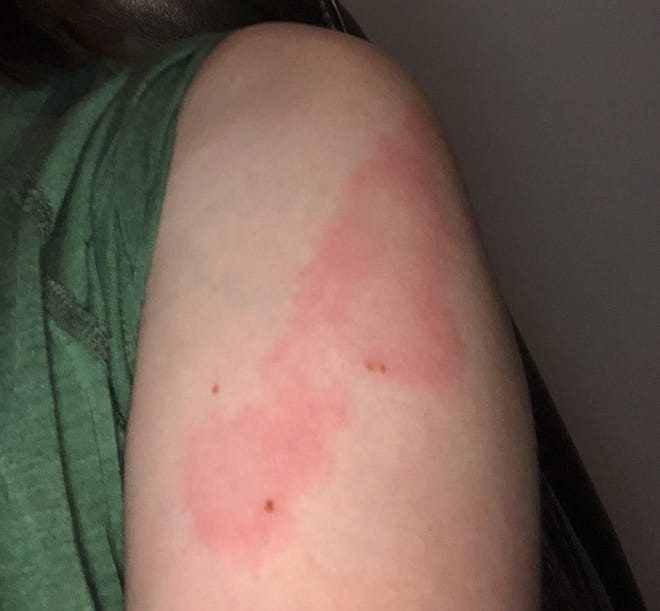 'Having a big red splotch on your arm for a couple of days may not be fun but the reality is there's no need to panic and no reason not to get your second shot.'  According to Freeman, the official term used by dermatologists and allergists to describe the side effect is 'delayed cutaneous hypersensitivity.' (Cutaneous means affecting the skin, hypersensitivity means an unwanted reaction produced by the immune system and delayed because it typically occurs days after the shot is given). Freeman is currently the principal investigator examining reports of skin reactions to COVID-19 vaccines around the world. 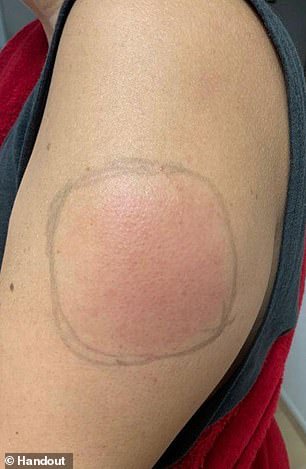 So far, just 14 cases have been reported in the global registry, but she believes more people have experienced the reaction but are yet to report it . One person who reported a reaction is Amelia Brown, a former certified nursing assistant from Visalia, California. She said she experienced COVID arm days after she got her first dose of the Moderna vaccine on January 11. Brown told FOX 26 that she woke up one week later, on January 18, with a red splotch on the arm she received the shot in. 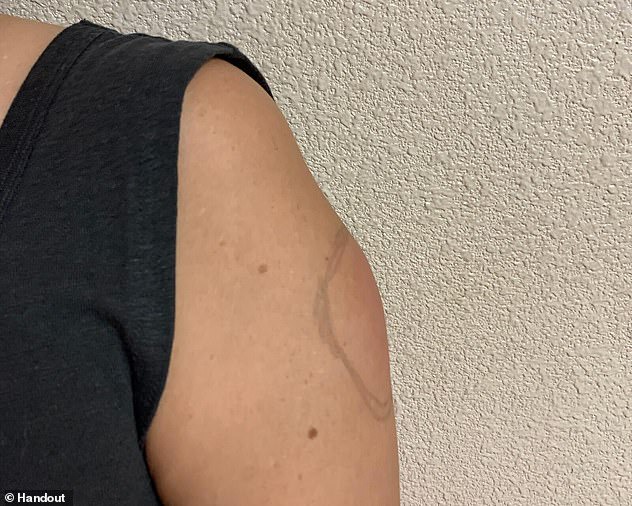 'It was just red and angry and had hives, like you could feel the bumps,' she said. 'It had just grown overnight from like, a dollar size to like, a baseball size,' Brown told FOX 26. 'And it was very swollen, hot to the touch, sore, even if I wore my coat that day, the pressure of the coat was painful.' Brown said she applied ice to harm for two or three days before the red patch began to disappear. 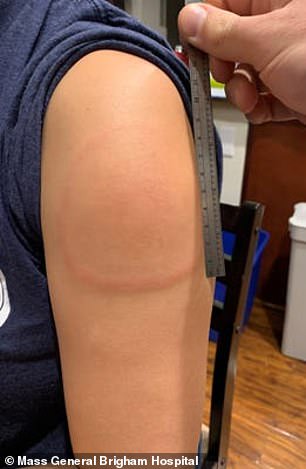 'It just made me kind of nervous and I'm going, 'I know I have to go back for a second shot, I'm not sure if I should,'' she told FOX 26. Doctors advised that they take an antihistamine or Tylenol to treat the pain but don't avoid getting the second dose.  'We don't want people to panic and we don't want people to think they can't get their second dose just because they have this delayed reaction,' Freeman told USA TODAY.  The post Rare 'COVID arm' side effect leaves people with red lumps after getting Moderna vaccine (photos) appeared first on Linda Ikeji Blog.