The leader of Al-Qaeda’s Yemeni affiliate has been under arrest for several months, according to a United Nations report released on Thursday, in what will be seen as a huge breakthrough in the fight against the global jihadist threat.

The document said Khalid Batarfi, the leader of Al-Qaeda in the Arabian Peninsula (AQAP) for just under a year, was arrested and his deputy, Saad Atef al-Awlaqi, died during an “operation in Ghayda City, Al-Mahrah Governorate, in October.”

The report — filed to the Security Council from a UN monitoring team specializing in extremist groups — is the first official confirmation of Batarfi’s arrest following unverified reports.

READ ALSO: Your officer ordered me to lie down, Imo monarch tells CP

The wide-ranging UN assessment, summarizing global potential jihadist threats, did not disclose the militant’s whereabouts or reveal any further details of the October operation.

But the SITE Intelligence Group, which monitors the online activity of jihadist organisations, noted “unconfirmed reports” in October that Batarfi had been arrested by Yemeni security forces and then handed to Saudi Arabia.

AQAP revealed it had appointed Batarfi, believed to be in his early 40s, as its leader in February 2020 following the death of his predecessor Qassim al-Rimi in a US air strike in Yemen.

Batarfi, who was designated a global terrorist by the US State Department in 2018, has appeared in numerous AQAP videos over recent years, according to SITE, and appeared to have been Rimi’s deputy and group spokesman.

Washington considers AQAP to be the worldwide jihadist network’s most dangerous branch, and has waged a long-running drone war against the leaders of the group.

READ ALSO: My ban because I worked against Ganduje in 2019 – Imam

AQAP claimed responsibility for the 2019 mass shooting at a US naval base in Florida, in which a Saudi air force officer killed three American sailors.

It also said it was behind the 2009 ‘pants bomb’ plot, in which an explosive device failed to detonate on a Northwest Airlines flight as it approached the US city of Detroit on Christmas Day.

where a Nigerian man trained in Yemen tried to detonate an explosive device on a plane as it approached the US city of Detroit.

The Sunni extremist group thrived in the chaos of years of civil war between Yemen’s Saudi-backed government and Shiite Huthi rebels.

Rimi had himself succeeded Nasir al-Wuhayshi, who was killed in a US drone strike in Yemen in June 2015.

AQAP has carried out operations against both the Huthis and government forces as well as sporadic attacks abroad, including on the offices of the French satirical publication Charlie Hebdo in 2015.

But analysts say its abilities on the ground have dwindled, although it still inspires attacks carried out by “lone wolf” jihadists or former operatives.

Yemen has been wracked by conflict since 2015, when a Saudi-led coalition intervened after the Iran-backed Huthis seized control of the capital Sanaa.

The conflict has since killed tens of thousands of people, relief agencies say, with 80 percent of the population surviving on aid in what the UN calls the world’s worst humanitarian crisis.

President Joe Biden earlier Thursday ended US backing for the war in his first major speech on foreign affairs since entering the White House last month.

He said the United States would end all support including connected arms sales for Riyadh and vowed support for UN efforts to reach a ceasefire and revive peace talks between the government and Huthi rebels.

AQAP, which has not acknowledged Batarfi’s arrest, extols the virtues of “martyrdom” and the rare capture of one of its senior operatives alive will be seen as an embarrassing setback.

“In addition to leadership losses, AQAP is suffering an erosion of its ranks caused by dissentions and desertions, led primarily by one of Batarfi’s ex-lieutenants, Abu Omar al-Nahdi,” the UN report states.

The document covers numerous potential security threats around the world and, in one passage, says that no UN member state has been able to confirm reports of the death from natural causes of al Qaeda’s leader Ayman al-Zawahiri in October.

It also warns that “a rash of pre-planned (jihadist) attacks may occur” around the world once restrictions put in place to stem the coronavirus pandemic are lifted.

FIFA (www.FIFA.com), the French Development Agency (AFD) and the NGO Plan International France are joining forces to launch the Champions program in Togo, Guinea and Benin. The goal? Empower girls and promote gender equality through football. To empower women and girls and fight against the discriminatory practices and attitudes they face, FIFA and AFD are funding the Champions program, led by the NGO Plan International France. Its aim is to promote leadership among girls and promote gender equality through football in a safe environment, especially at school. The various projects of the Championnes program are under development in Benin, Togo and Guinea. Expected results include capacity building and confidence building in 5,390 girls by empowering them to work together towards a common goal. Girls and women, aged 12 to 24, will have the opportunity to play football in renovated and well-equipped facilities, allowing both sexes to share space in a […] 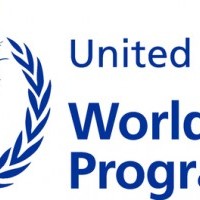 The United Nations World Food Program warns that crippling fuel shortage in Yemen is worsening an already dire food security situation and calls for an urgent solution to this man-made crisis. No fuel vessel has been allowed to dock at the Yemen port of Al Hodeidah since January 3. Thirteen fuel vessels carrying more than 350,000 tonnes of commercial fuel are currently detained off the coast of Yemen. Due to the lack of fuel, people find it difficult to access markets, access to health facilities and other vital services. Meanwhile, people line up for up to three days to refuel their cars or are forced to turn to the parallel market where prices are 180% higher. These severe fuel shortages threaten the availability of potable water and electricity supplies. Healthcare facilities that depend on fuel for generators are without electricity. Rising fuel prices also mean rising food prices at a […]

Every morning when the Ethiopian road race champion, Negasi Haylu Abreha, wakes up he has no idea whether his family are alive. He has no way of being able to call home or message them immediately to check. The 20-year-old Team Qhubeka (UCI Continental team) rider is currently living in a shared apartment in Lucca, Italy, now anxiously waiting for the cycling season to come around again. But he really just wants to see his family. Why? Negasi, who in 2021 will ride his second year with the Team Qhubeka Continental team, is from Mek’ele, the main town in the region of Tigray, Ethiopia. It’s a region that’s seen conflict arise between national government forces and the region’s ruling party, following an outbreak of hostilities in early November. It’s a situation that’s continued unabated, which at the time of writing has seen the United Nations declare its concern over a potential […]