Liverpool defender Andy Robertson has admitted Liverpool are way off the pace in challenging for the Premier League title this season.

Jurgen Klopp’s’men suffered yet another shock defeat at Anfield to 15th placed  Brighton on Wednesday night.

It was the first time the Reds have lost consecutive Premier League matches at home ending an almost impressive nine-year record.

Robertson disappointedly said in an interview ”As this moment stands, we’re not in the title race. We are seven points behind them and they have a game in hand.”

”I’m sure they’d say the same if they were potentially 10 points behind. We need to get back to the Liverpool everyone knows.”

The Scottish defender was full of praise for Brighton, who were disciplined at the back restricting Liverpool to one shot on target

”Brighton were the better team. We were hugely disappointing all over the park. You have to give the team credit for playing well. They created chances, pressed us – did everything we wanted to do,” he said.

He was also critical about their stale performance while calling on fellow team mates to step up.

”We didn’t really do anything of note. With a long record of going unbeaten, we’ve lost two. When you don’t show up you don’t get results,” he stated.

”We prepare for every game differently. It’s just not clicking. We need to find a way to get results, especially at home.”

Meanwhile,  Klopp has cited mental fatigue as the cause for the slump in form

‘The Reds boss said ”We didn’t create a lot, for me the team looked tonight, fatigued, mentally fatigued and that leads to not the best play as well.”

See also  FG to provide funds for Edo 2020 in April

”We were not fresh enough which means we were not good enough to break the formation of Brighton.”

While conceding to the slip up from his side, he made it clear that they will keep fighting for the points as they face Manchester City this weekend.

”We fight for three points, it is not decided who will get the three points on Sunday. We have to play better and we will try.”

Eight freeports with low-tax zones to be created in England 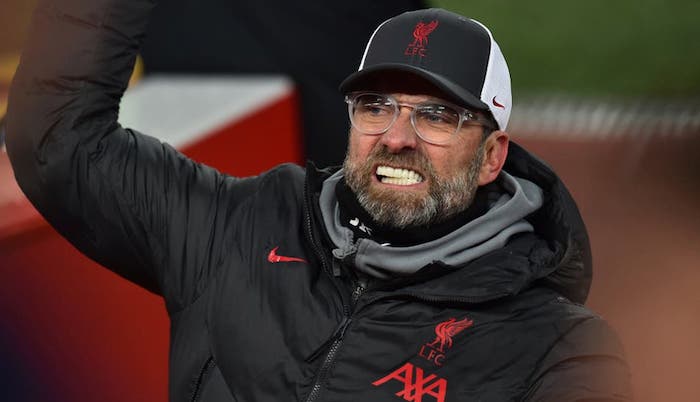 Liverpool manager, Jurgen Klopp, has threatened to withdraw his players from international matches this month if there is a chance they will have to quarantine on their return under coronavirus rules. Arrivals in Britain from “Red List” countries are subject to 10 days’ hotel confinement, which would apply to Brazilian trio Alisson Becker, Roberto Firmino […] Read Full Story

Jurgen Klopp has ruled out the possibility of taking over from Joachim Low as manager of Germany after this summer’s European Championship, with the Liverpool boss fully committed to his...