World Health Organization inspectors had “very frank” discussions with Chinese scientists about the source of the pandemic, including theories it leaked from a laboratory, the head of the probe in Wuhan told AFP Thursday.

The talks covered famous claims widely reported in global media, Peter Ben Embarek said in an interview a day after he and his WHO team visited the lab.

While he did not identify specific theories, Ben Embarek described some of them as irrational and insisted the investigators would not waste time chasing the wildest claims.

“The discussions were very frank,” the food safety scientist with the UN health agency said by telephone from Wuhan, the central Chinese city where the coronavirus was first detected in December 2019.

“We discussed… a lot of the famous theories and so on, and what has been done to explain them,” added Ben Embarak, who was based in the WHO’s Beijing office for two years from 2009.

Since emerging from a 14-day hotel quarantine last week, the WHO experts have visited a number of high-profile sites linked to the pandemic origins, including a seafood market where people were first found falling ill.

The trip on Wednesday to the Wuhan Institute of Virology was one of the highest-profile events on the agenda because of the controversial theory it was the source of the pandemic.

Scientists at the laboratory conduct research on some of the world’s most dangerous diseases, including strains of bat coronaviruses similar to Covid-19.

Speculation emerged early in the pandemic that the virus could have accidentally leaked from the lab in Wuhan, although there was no evidence to back up that theory.

Then-US president Donald Trump and his supporters seized on those rumours and amplified them with conspiracy theories that China deliberately leaked the virus.

No ‘chasing ghosts’
Ben Embarek said discussions at the lab were useful to understand the staff’s position “in regards to many of these statements and claims that everyone has seen and read about in the news”.

He appeared to dismiss some of the theories, calling much of the speculation “excellent scenarios for good movies and series for the years to come”.

He also emphasised the WHO investigators would “follow science and we follow facts” in reaching their conclusions.

“If we start following and chasing ghosts here and there, we’ll never move anywhere,” he told AFP.

“So that’s also an important step that we were also able to understand where these stories are coming from.

Ben Embarek said the trip to Wuhan, which is due to conclude within the next week, would not lead to a final conclusion on how the virus jumped from animals to humans.

“We’re not going to come up with the ultimate full understanding of the origins of this virus, but it will be a good first step,” he said.

“It will be a very robust and clear best way we will lay for how to move forward.”

Coronavirus – Ghana: The Government of China supports in strengthening COVID-19 Response in Ghana

Since the emergence of COVID-19 in December 2019, over 216 countries and territories have been affected globally. Like a raging fire, COVID-19 has left in its trail over a million deaths and 50 million infections worldwide. Ghana has had its share of this global pandemic, with a little over 49,000 confirmed cases and 320 deaths as at November 9, 2020. When Ghana recorded its first two cases on March 12, 2020, the Government of Ghana quickly activated a multi-sectoral response strategy to tackle and control the situation. For the purposes of understanding the trajectory of the disease locally and inform policy decisions, the government embarked on enhanced contact tracing and testing. This meant that the availability of sample collection kits, laboratory reagents and needed testing equipment sensitive to detect the coronavirus and aid in diagnosis was critical to the success of this implementation. The WHO through funds provided by the […]

The World Bank Group (WB) has provided Tunisia with $ 300 million to support its poverty reduction efforts. The Bank’s vice-governor for the Middle East and North Africa, Farid Belhaj, made the announcement following talks with Tunisian President Kaïs Saied. According to a press release from the Tunisian presidency, this aid will benefit around one million families as part of a social program to be implemented under the supervision of the President of the Republic. Discussions focused on Tunisia’s financial and economic situation and ways to help the country overcome the difficulties it is going through. President Saied said that the Tunisian authorities were in the process of recovering funds hidden abroad by former President Zine El Abidine Ben Ali and his close associates but that it faces “several obstacles”, mainly judicial. Mr. Belhaj expressed the will of the World Bank, through its expertise and experience, to help Tunisia find […] 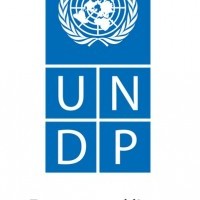 As the crisis in eastern Sudan continues, UNDP explores longer term solutions to support refugees in need and vulnerable local host communities; To meet urgent health needs, UNDP rehabilitated the Um Rakuba health center, located inside the refugee camp, increasing capacity to 1,000 patients per week; Three mobile clinics, with a combined daily capacity of 180 patients, arrived in the East to support refugee camps, entry points and local communities, including HIV and TB services; Civil engineering works to rehabilitate five other health facilities are underway. As the influx of refugees continues along the Ethiopian-Sudanese border, more than 61,000 arrivals to date, limited health services are under pressure – both for refugees and for existing facilities for local communities. In response to the crisis, UNDP and its partners undertook civil works – expanding health infrastructure by rehabilitating the Um Rakuba health center – as well as deploying three mobile clinics […]