Health experts warned on Thursday of new coronavirus variants beginning to circulate in Italy, as authorities pinpointed an outbreak of a UK strain in a northern town.

The town of Corzano in the Lombardy region has been swabbing close contacts of students and teachers in a school where 24 people tested positive for Covid-19 last month.

After 139 people were found positive out of 189 tested, health authorities in the province of Brescia decided to sequence the samples, which identified the British strain of the virus.

“Fourteen samples were sequenced which resulted in… 14 positives for the British variant,” the Brescia health agency wrote in a statement sent to AFP on Thursday.

The more easily transmissible British variant of the coronavirus is one of several to have emerged internationally in recent months.

Although only one of the 139 people who tested positive in Corzano has been hospitalised, and most others are asymptomatic, health experts warned that the arrival of new virus variants should not be underestimated.

Italy was the first European country to be hit by coronavirus a year ago and so far 90,000 people with Covid-19 have died.

Independent health think tank GIMBE said overall cases had recently declined thanks to restrictions on movement over the Christmas and New Year’s holidays and into January.

But it warned that the first signs of increases in some regions could point to the presence of new variants.

GIMBE President Nino Cartabellotta said the country was undergoing “one of the most critical phases of the pandemic”.

He noted the slowdown of the vaccination programme that began in late December, following delays in the delivery of doses, and “the first signs of increased circulation of the virus, undoubtedly underestimated”.

“But above all looms the threat of new variants, already landed in Italy, which risk increasing the contagion curve,” Cartabellotta added.

In Corzano, authorities believe they have successfully contained the outbreak, saying that in the first three days of February, only one or two people a day had tested positive for the virus.

But GIMBE noted that nine regions had registered a rise in new infections in the seven days from January 27 to Tuesday, compared with the previous week, and recommended genome sequencing when abnormal spikes in new cases are detected.

Italy’s health ministry confirmed the country’s first case of the UK variant on December 20, in a patient recently returned from Britain.

Pakistan Prime Minister Imran Khan has tested positive for Covid-19, his office said Saturday, just two days after he was vaccinated against the disease. The diagnosis comes as the country grapples with a deadly third wave of a virus that has already killed nearly 13,800 people from more than 620,000 infections — although limited testing...

A reception ceremony was organised by the presidential task force on COVID-19 (PTF) for the arrival of the COVID-19 vaccine. Nigeria has now received its first batch of the AstraZeneca... 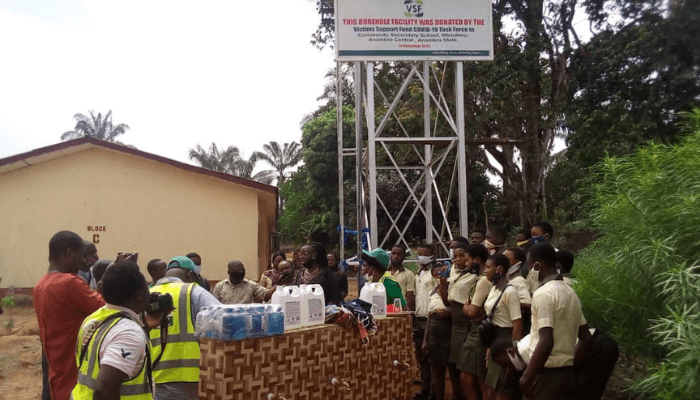