Gunmen have abducted a PUNCH journalist, Okechukwu Nnodim, at his house in the Arab road area of Kubwa, Abuja, on Wednesday night.

The kidnappers also attacked his neighbours and went away with the two sons of a widow, Mrs Faith Gbeyide.

Narrating the incident on Thursday,  Nnodim’s wife, Oluchi explained that her husband was working on his laptop when five strange men scaled the fence and entered their compound while ordering them to open the door.

She said the gunmen fired several shots at the windows and subsequently pulled down the burglary proof after which they forced open the front door.

“My husband asked me to stay with the children in their room. I heard the men asking him to bring out money but he told them he didn’t have money in the house.

[READ ALSO] Ooni to Igboho: You are forgiven, I am behind you

“They took our phones and marched him out of the house. They went to our neighbour’s house and also abducted her two sons.”

Madam Gbeyide explained that her son opened the door when the men threatened to kill them if they refused.

She stated, “They took the N9,000 in my purse, upturned the television set in the room, and went away with my first son. My second son started following them and they also took him away.” 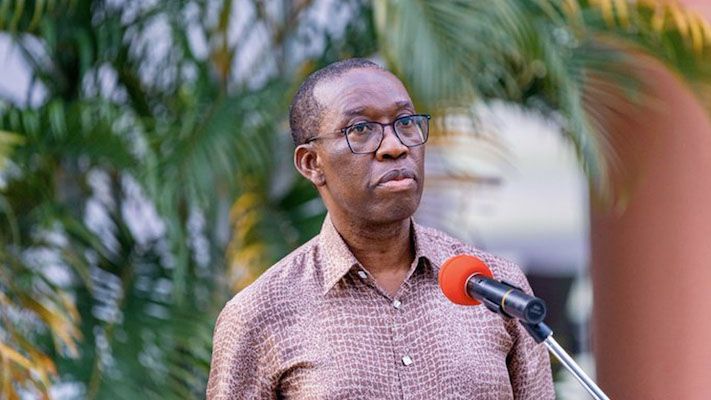 Delta state governor, Senator Ifeanyi Okowa, has signed three Bills for the establishment of new universities in the state. Speaking at the ceremony at the Government House, Asaba, Thursday, the governor commended the House of Assembly for the prompt passage of the bills. The bills, which were presented to Okowa for assent by the Speaker […] Read Full Story

Godwin Isenyo, Kaduna Some bandits were said to have invaded the staff quarters of the Federal Airport Authority of Nigeria in Kaduna, abducting six members of a family, a housewife and two children The FAAN quarters is located just before the Kaduna International Airport in the Igabi Local Government Area of the state being ravaged […] Read Full Story

Sodiq Oyeleke One of the largest cryptocurrency exchanges by volume, Binance, has removed naira from its trading pairs after the Central Bank of Nigeria asked banks and other financial institutions to close the accounts used for cryptocurrency operations. Binance made this known in a statement sent to traders and made available on its website on […] Read Full Story