The world’s longest internet shutdown — affecting more than a million people for 19 months in one of Myanmar’s ethnic conflict zones — has come to an end, according to a mobile operator based in the region.

The internet in parts of Myanmar’s troubled northern states of Rakhine and Chin was suspended in June 2019 following “emergency” orders issued by the telecoms department under Aung San Suu Kyi’s civilian government.

“Telenor Group and Telenor Myanmar have been advocating for the restoration of services and emphasised that freedom of expression through access to telecoms services should be maintained for humanitarian purposes,” the company said in a statement.

On Wednesday, affected residents celebrated being reconnected to the wider world.

Khin Maung from Mrauk-U township in northern Rakhine said the internet connection was back, but slow.

“Now we got the internet back. So we know about the coup as well,” said Shouban in Maungdaw, who like many from the Rohingya ethnic group goes by one name.

The conflict in Rakhine state between the Myanmar military and the Arakan Army, a militant group agitating for more autonomy for ethnic Rakhine people, has left hundreds dead or injured.

See also  WHO urges collaboration to speed up Europe vaccinations

Fighting spilled over into neighbouring Chin state, forcing thousands of ethnic Chin, who are predominantly Christian, out of their villages and into temporary camps.

The region has also been beset by what the United Nations has said could be genocide, after a brutal military crackdown by the government which sent about 740,000 Rohingya fleeing for neighbouring Bangladesh.

His Excellency the President, Dr Julius Maada Bio, engaged development partners and the diplomatic community on Sierra Leone’s successes in the fight against COVID-19 and the plan to roll out vaccination across the country. The meeting brought together the Department of Health and Sanitation, NaCOVERC, the United Nations Resident Coordinator, European Union, the Deputy Head of the United States Embassy, ​​the British High Commission, the Embassy of Ireland, Chinese Embassy, ​​German Embassy, ​​World Bank Country Director, UNICEF Representative and WHO Country Representative. In his welcoming statement, Chief Minister Professor David Francis said the second interface and strategic meeting between the Presidential Working Group on the Government’s Response to COVID-19 and development partners under DEPAC , was timely, adding that they would highlight the successes, challenges, a transition from the emergency response against COVID-19 to post-emergency recovery and the roll-out of the COVID-19 vaccination program. His Excellency the President, Dr Julius […]

Climate change may have had 'key role' in pandemic: study

Climate change may have played a “key role” in the transmission of the novel coronavirus to humans by driving several species of pathogen-carrying bats into closer contact, research showed on Friday.

Climate change may have had 'key role' in pandemic: study - NNN. 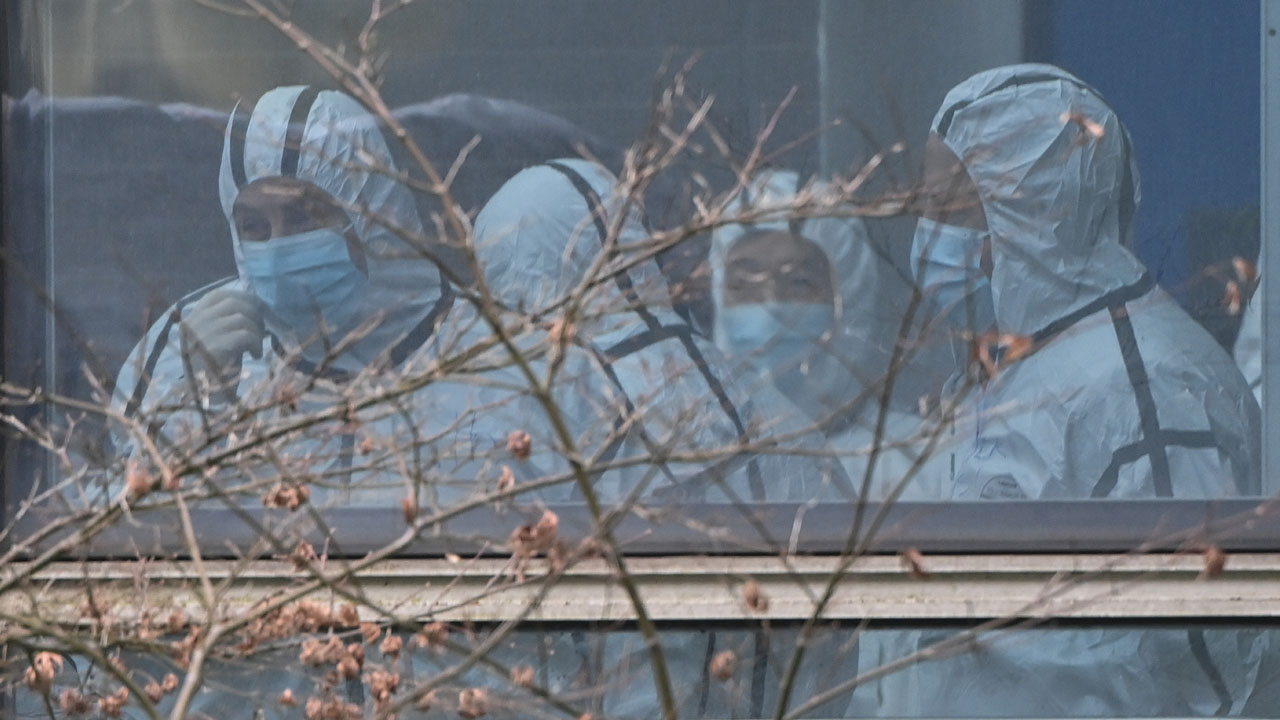 World Health Organization inspectors on Wednesday visited a laboratory in China’s Wuhan city at the heart of a controversial theory that it could have been the source of the coronavirus. The inspection of the Wuhan virology institute, which conducts research on the world’s most dangerous diseases, will be one of the most-watched stops on the team’s probe into the origins of the Covid-19 pandemic. The sensitive mission, which China had delayed throughout the first year of the international health crisis, has a remit to explore how the virus jumped from animal to human. x But questions remain over what the experts can hope to find after so much time has passed. The convoy of cars drove past security to enter a virology institute shrouded in mist Wednesday morning. WHO team member Peter Daszak told reporters that the team was “looking forward to a very productive day and to asking all […]