The head of Liberia’s anti-corruption commission has resigned, the government said on Tuesday, amid allegations that he obtained his citizenship of the nation illegally.

President George Weah appointed Ndubusi Nwabudike, a naturalised Liberian citizen of Nigerian origin, as the chair of the country’s anti-corruption commission in 2019.

However, political opponents of the footballer-turned-president began to question whether Nwabudike obtained his citizenship legally after Weah nominated him as chairman of the election commission last year.

The Supreme Court later confirmed that he had obtained his citizenship properly.

On Tuesday, the government published a statement declaring that Nwabudike had nonetheless offered his resignation, which will take effect on February 26.

“It does not serve the overall strategic interest of your government and our people if I were to constitute a distraction from the national agenda that your government is poised to deliver to our people,” Nwabudike is quoted in the statement as saying.

The anti-corruption chief is a lawyer by training who had served as a graft investigator in the nation of about 5 million people before Weah appointed him to his role.

Voters in Liberia went to the polls in December in an election that occurred alongside a referendum on reducing presidential terms and allowing dual nationality.

The final results have still not been published, however, with votes in some areas of the country delayed because of violence and allegations of fraud.

Liberia, one of the poorest countries in the world, is still recovering after back-to-back civil wars from 1989 to 2003 and West Africa’s 2014-16 Ebola crisis.

Bans on people entering Germany from several countries with potentially dangerous coronavirus variants initially had little effect on air traffic at the weekend. German carrier Lufthansa told dpa that it does not intend to restrict its connections to Portugal, Ireland, Britain, South Africa and Brazil for the time being. According to an evaluation by the
Read More

Iraq on Tuesday hanged five people convicted on “terrorism” charges in a notorious southern prison, security sources said, despite an international outcry in recent months over the country’s execution record. The five men, all Iraqi, were executed in the Nasiriyah prison in Dhi Qar province, the only one in Iraq that carries out capital punishment,
Read More 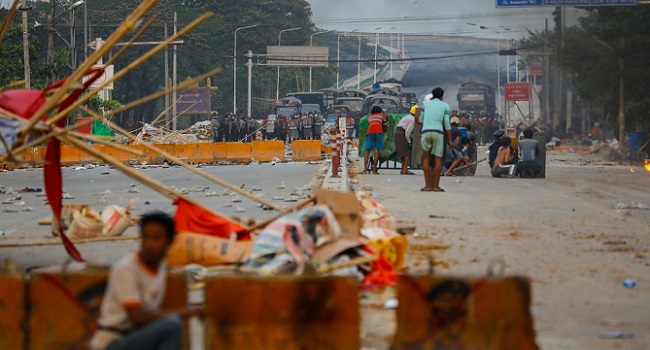