The Technical Committee on Premium Motor Spirit (PMS) Pricing Framework has submitted its report to the Federal Government and the Organised Labour.

Sen. Chris Ngige, Minister of Labour and Employment, made the disclosure while addressing newsmen at the end of a bipartite meeting with the Federal Government and organised Labour on Tuesday in Abuja.

Ngige said that the meeting had been adjourned to Feb. 22, when it would deliberate on the report.

The News Agency of Nigeria (NAN) reports that the Technical Committee was set up with a mandate to come up with a viable framework for PMS price modulation and electricity tariff.

Also, the committee was mandated to examine the two policies respectively in relation to the demands of the labour unions.

NAN also reports that the meeting is a continuation of the series of meetings held in 2020  in a bid to persuade labour unions from embarking on industrial action over the increase in the price of petrol and electricity.

The minister, therefore, said that the adjournment was to enable the representatives of Organised Labour subject the report to the analysis of their various organs.

“The Committee on Petroleum Pricing has finished its work and sent in the report. We have received and adopted the report.

“Labour also asked for some time to subject the report to their various organs. It is a technical report, so they need further elucidation from their technical and research teams,” he said.

Ngige also noted that the report of the Technical Committee on Electricity Tariff would be ready in a week’s time, and would also be reviewed alongside that of Petroleum Pricing on Feb. 22, when the meeting would reconvene.

However, the Minister of State for Petroleum, Timipre Sylva, has also raised concerns over the possible effects that the three weeks postponement of the meeting could have on the availability of petroleum products in the market.

Also, Mr Ayuba Wabba, President Nigeria Labour Congress (NLC), said that Organised Labour needed to do a broader consultation to come up with clear positions on what would be beneficial to both the Nigerian workers, and all Nigerians.

Wabba noted that the issues at stake touched on the life of every Nigerian.

”The whole essence of what we are arguing about is how to bring not only the price stability but also affordability,” he said.

Earlier, Mr Boss Mustapha, Secretary to the Government of the Federation (SGF),  assured Organised Labour of the government’s commitment to the implementation of decisions reached at the meeting.

“Our pledge on the government side is that whatever decisions are reached, we will ensure that government honours its own part of the bargain, so that we can maintain and sustain industrial harmony in our nation,” he said.

N2.015trn worth of petrol consumed in 13 months, NNPC reports

By Obas Esiedesa – Abuja The Nigerian National Petroleum Corporation (NNPC) has reported that it sold N2.015 trillion worth of petrol from November 2019 to November 2020. The corporation in a statement on Sunday said in the month of November 2020 it recorded a trading surplus of N13.43 billion up by 54 per cent when
Read More

The post N2.015trn worth of petrol consumed in 13 months, NNPC reports appeared first on Vanguard News.

The Minister of State for Petroleum Resources, Timipre Sylva, says there will be no increment in the pump price of Premium Motor Spirit until the conclusion of consultation with Organised Labour. The News Agency of Nigeria reports that Sylva gave the assurance while addressing newsmen on Friday in Lagos. The minister said the clarification was […] Read Full Story 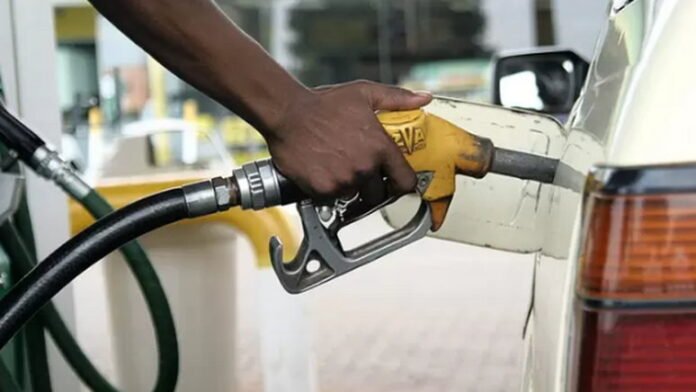 The landing cost of Premium Motor Spirit (petrol) imported into Nigeria has increased to N186.33 per litre against the backdrop of the rising price of oil prices. Recall on February 9 that the landing cost of PMS rose to about N180 per litre on February 5 from N158.53 per litre on January 7. Crude oil price accounts for a large chunk of the final cost of petrol, and the deregulation of petrol price by the Federal Government last year means that the pump price of the product will reflect changes in the international oil market. Going by the petrol pricing template of the Petroleum Products Pricing Regulatory Agency, the landing cost of petrol rose to N186.33 per litre on February 16, with the pump price of the product expected to be N209.33 per litre. The international oil benchmark, Brent crude, closed at $63.96 per barrel on February 16, up from $59.34 […]