Former Super Eagles forward Odion Ighalo will join Saudi Arabian side Al-Shabab on a permanent deal after the expiration of his contract with Premier League side, Manchester United.

Vanguard gathered that the move is subject to Ighalo passing his medicals which has been scheduled.

Ighalo who was on loan at United from Shanghai Shenhua penned a heartfelt farewell thanking fans and the manager for their support.

See also  BIG MISS!! Liverpool Will Be Without This Star Midfielder For Leicester City Clash

His fell in the pecking order following the arrival of Uruguayan forward Edinson Cavani after scoring five goals across 23 appearances in all competitions for Ole Gunnar Solskjaer’s side.

The transfer window in Saudi Arabia runs until February 7. 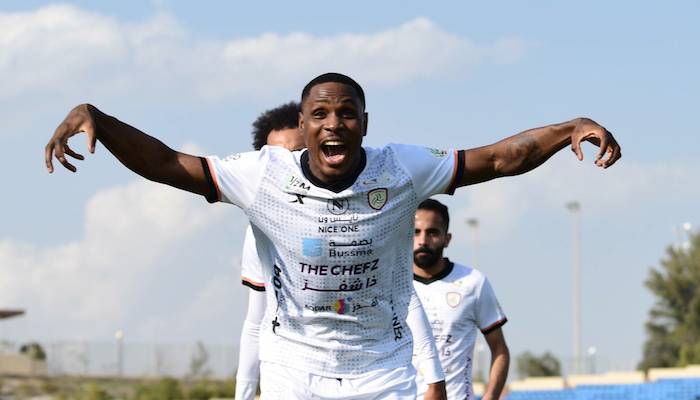 Odion Ighalo, former Manchester United forward, has revealed he would soon make a decision regarding a possible return to Super Eagles. The 31-year-old announced his retirement from international duty in 2019 after helping the Super Eagles finish third at the Africa Cup of Nation, where he emerged as the top scorer. But his early form […] Read Full Story

Former Manchester United striker, Odion Ighalo, has agreed to a permanent deal with Saudi Arabian side, Al-Shabab, Sky Sports reports. Ighalo’s move to Al-Shabab is subject to passing medical and...