The 2020 States Competitiveness and Good Governance Awards will be held on Thursday, February 25, 2021, by 6 pm at Transcorp Hilton, Federal Capital Territory (FCT), Abuja. This year’s award will feature, alongside, the national discourse on approaches and strategies that will spur economic growth even in a pandemic year.

The States Competitiveness and Good Governance Awards was introduced to provide an independent feedback mechanism on the different policies, programmes and projects executed by state governments to promote good governance, transparency and accountability while making the best use of the nation’s scarce resources at their disposal.

A survey recently conducted by the research team in late December 2020 to gauge the views of Nigerians revealed that security, electricity, education and good motorable roads were desired to be top focus areas for 2021.

“Despite the challenges facing the nation, significant progress has been made in some sectors of the Nigerian economy—agriculture, development of rail infrastructure, management of COVID-19, the drive to make Nigeria self-reliant, transparency and good leadership”, survey respondents.

The Businessday Research and Intelligence Unit (BRIU) employed a number of parameters for the assessment of the 36 states performances. These include IGR growth, capital importation distribution across states; unemployment rates Q2 2020, literacy rate 2019, Net Enrolment Rate 2019, the hours spent to get water 2019 and percentage of water in the state from piped and public water sources in 2019. Others are growth in local debt 2019/2020, growth in external debt2019/2020, fiscal viability Index 2019 and the debt Income ratio in 2019. 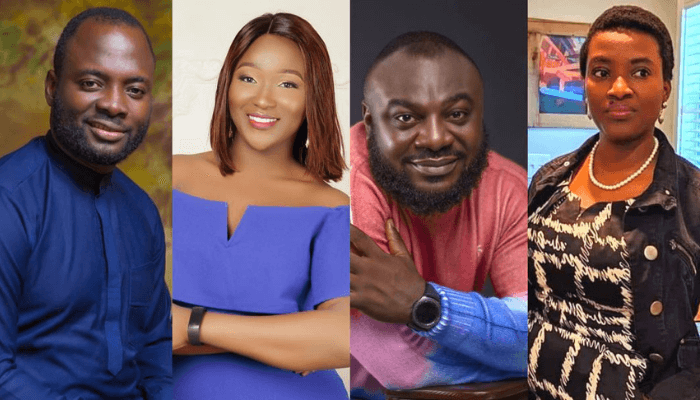 In commemoration of the 2021 Martin Luther King Day 2021, the A.D. King Foundation, a US-based nonprofit, with a mission to promote youth empowerment development and non-violent social change strategies as a way of life throughout the world, recently awarded the African Luther King Heroes Awards to recognize and honour 10 extraordinary and outstanding Nigerians […] Read Full Story

The unveiling of Golden Globes nominees began Wednesday in a remote ceremony that offers an important, early glimpse into the movies leading this year’s unique and much-delayed Hollywood awards season. The announcement, co-hosted by “Sex and the City” star Sarah Jessica Parker and Taraji P Henson, whittles down the list of films and stars … END_OF_DOCUMENT_TOKEN_TO_BE_REPLACED Read Full Story

The Nigerian Twitter space is currently buzzing over the successful outing of two Nigerian superstars, Burna Boy and Wizkid, at the 63rd Grammy Awards ceremony. Wizkid won his first-ever Grammy Award for his collaboration with Beyonce in the song‘Brown Skin Girl’ off the 2019 album, ‘The Lion King’. Burna Boy took his throne as the […] Read Full Story