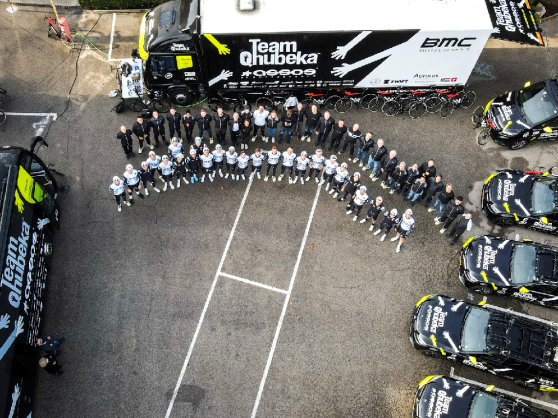 25 riders, together with a full complement of staff, spent nearly two weeks in Spain following an intensive training schedule while also finalising plans and preparations for the season ahead.

The European and Italian National champion – Giacomo Nizzolo – together with Victor Campenaerts and Nicholas Dlamini are among those retained this season, and form a key foundation of the team’s mission to draw awareness to the Qhubeka Charity in changing lives through bicycles.

Due to current travel restrictions in place, two Team Qhubeka ASSOS riders were unable to travel to the team training camp. New recruit Sergio Henao remains at home training in Colombia and will travel to Europe as soon as possible, while the same goes for the Australian, Dylan Sunderland.

The camp has been really good. I had to manage an issue with my knee as I came into camp so wasn’t able to take part in all of the training as set out for the team but I definitely feel much better now than when I arrived. So personally I feel really good and overall for the team too there was a great atmosphere. I think the guys have worked pretty hard and we’re ready to start now.

For the group to gel it’s been easier than I thought it might to be honest, not that I had any doubts about it but it was really nice to be together from day one. I feel already that we have a good group and that’s the base for results so let’s hope it all goes to plan.

I’m really looking forward to showing off my new jersey as the current European champion, which is super-cool. Assos did a great job, so for that I thank them, and I hope to show off the jersey this season to the best of my ability.

It was an amazing experience for me! I’ve got to know all the guys really quickly and I feel great, not only with them but also the entire staff. It feels like I’ve been in this team for many years already and that’s a really good position to start my new adventure with Qhubeka ASSOS. I’m really proud to be part of this super team, and of course now to be a member of the Qhubeka project.

It’s true that this does feel like a restart for me, this training camp was very important for me to get to know everyone and the atmosphere is really, really nice; I can say that I’ve never had an atmosphere like this before.

My approach for the season will be to take it race by race, so I will start in Provence and then we’ll see, but the most important thing is that I am happy and I can’t wait to start my new season.

To all the fans out there – old and new – please follow us, support us and we will look to make you all proud; we will have a lot of stories to tell.

The camp has really been a good one – particularly because I missed both that we had last year – the atmosphere has been amazing and we’ve all bonded very well.

With 17 new riders it feels like a whole new team with new dynamics and ways of work and so I’d imagine that this year will be very different compared to previous years, so I look forward to that.

The training has been great and on our last ride we actually rode a little harder up Rocacorba with everybody knowing it was the final day and you wanted to finish the day broken as then you had a couple of days to recover. We started up the climb, not at a very high pace, but then started going harder and harder with guys dropping and then there were only four left in the last 2kms. Then the pace stayed very high with everyone trying to drop each other, luckily I was still there in the last 1km and I was able to kick around them and get over them, just beating Fabio. So that was my first, unofficial, win of the season!

It’s also been a very special time for our family and it’s an incredible feeling (to be a dad), a life-changing experience. It also brings a bigger meaning to life and gives me a greater purpose than I had before. It’s a journey I really look forward to and the start of something great.

Great camp! I’ve just checked and I did 40 hours on the bike in 10 days and with only one day of rain, so we were really lucky. It’s been a really good atmosphere, with good training and I think we all got to know each other really well. If you see the change in the atmosphere from the first dinner to the last dinner it was a big difference, so I’m really positive going into the season.

Normally my goals for the season are results – top 5s or win a TT – but now it will be more special with my first immediate goal being the opening weekend in Belgian. I’ve never done those races and as I almost live on the parcours it will be special for me. I want to do those races feeling good, that’s my goal – to end those races satisfied.

We had a hugely successful time spent together in Spain, preparing and sharpening ourselves for the season ahead. We looked spectacular in our new 2021 kit and our vehicles have taken on a look that is sure to excite.

Every single person in our organisation has showed that they’re clearly aligned with the team’s goals and we will all be part of the difference we are making in moving the world forward. While in camp we embraced and committed to the spirit of Ubuntu – “I am because we are” – and will fight for each other every single day.

This year will be exciting, challenging and possibly for our sport at times quite daunting but one that we will absolutely take head-on, as one team. 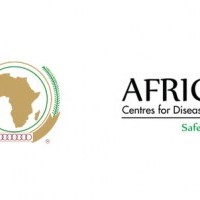