A former Vice-President of the Nigerian Bar Association, Mr Monday Ubani, shares with TUNDE AJAJA his thoughts on why he is opposed to the idea of governors giving vehicles and houses to judges

What is your position on the idea of governors giving vehicles and houses to judges, which the governors often describe as a form of support to the judiciary?

I’m clearly against it because the executive cannot be the determinant of the needs of the judiciary. The judiciary, just like the executive and the legislature, is an arm of government. Nobody determines what the executive needs except the executive itself, so it is clearly preposterous for an arm of government to now determine the needs of the judiciary. Even when they are making those donations to the judges, you could see the fanfare and the self-styled glamour they bring to it to make it look as if the executive is doing the judiciary very wonderful favour, but they seem to forget the roles that have been assigned to this arm of government and that it is clearly independent. The judiciary is to determine what its needs are and it should have that financial autonomy to buy whatever it wants because what you are giving them may not even be their priority at the time. However, I like to state clearly that giving a judge a good house and vehicle is good so as to aid them in their work, but governors shouldn’t be the ones determining that, making it look as if they are doing the judiciary a favour, for which there would be a corresponding obligation towards the executive. When they do that, they expect them (the judges) to be loyal, obedient and take orders from them and that is why they do that open show. To me, it’s insulting.

But some people feel it’s a form of help, isn’t it possible that the governors just want to help?

The reality is that if you see all those things they do, there is clearly an underlying motive and that motive is like ‘don’t ever give judgement against us’, or ‘don’t ever work at variance with our interest now that we are helping you’ or that ‘our interests must never be at cross-purposes’. That would seem like the message being sent with all those gifts. That is why it’s very dangerous for you to allow that kind of conduct to continue in our polity. It is not a healthy practice. We should insist on financial autonomy for the judiciary so that the money that is supposed to be made available to them gets to them and on their own they determine what to use the money for. I don’t have any issue if the judiciary uses its money to buy cars and houses for judges for an improved welfare. Look at the COVID-19 pandemic that is ravaging the world, our judiciary is still not coping with virtual hearing. I had expected that by now almost every court would be having virtual sittings, because the structure is not there. Look at Trump’s post-election matters and how quickly they were dispensed with. How many of our cases can be dispensed with at such speed? So, the judiciary can prioritise its issues if the money is placed in its hands. They know when they need cars, houses and basic infrastructure. Go to many of those courts and you would be ashamed of what they have become.

Can we say this is the situation in all the states?

Apart from Rivers State where the governor has taken time to build courthouses, go to some other states that are gifting judges those vehicles and look at the buildings housing some magistrates. Rats would not be accommodated in some of the court buildings they use as magistrate courts, whereas the governors would pride themselves in giving cars and SUVs to the same judges. Therefore, we need that financial autonomy and let us stop this habit of allowing the executive to carry on with this. To me, they are making a caricature of the judiciary and the judges should insist on having their money so they can buy their vehicles themselves and do what they like with their funds as an arm of government. That, to me, is very key.

Who do we blame for this drift? Is it the fault of the executive that tries to show some support, regardless of the motive, or the judiciary that refuses to exercise its financial autonomy when the constitution says it should send its budget to the legislature for appropriation?

If instead of sending their budget to the National Assembly they send it to the executive, then they (the judiciary) are also part of the problem, because if they demand independence, which some of the judges did in the past, the executive would respect them but when you become subservient or you go to the executive cap in hand, of course they would treat you like a beggar. I am using this opportunity to implore state chief judges to act according to what the constitution prescribes by ensuring they are not being subservient to the governors. They should not be an appendage of the executive. They are an independent arm as recognised by the constitution. They should insist on their independence and with that, I can assure you that the executive would be careful in the way it treats them. They would stop this habit of buying things and making an open show of it, making it look as if they are doing them a favour. In fact, the governors even act as if they used their personal money to buy the cars and houses. To me, it’s clearly an insult to the judiciary. The judiciary must insist on their independence and make sure they have it. The President signed an Executive Order to ensure that the judiciary has its independence, but the governors tried everything possible to scuttle it and that was why the governors kept going to the Presidential Villa to lobby the President to soft-pedal on the issue. I think the President should insist that the judiciary should be independent, and if he has signed the Executive Order, backing the provision of the constitution, the Attorney General of the Federation who has been given enormous power should act accordingly.

A 50-year-old widow in Ilorin, Kwara State, Mrs Folashade Ajayi, recently caused a stir after enrolling as a Junior Secondary School 2 student at the Ilorin Grammar School. In this interview with TUNDE OYEKOLA, Ajayi explains the motive behind her move What is your name? My name is Folashade Ajayi. I am from Iludun-Oro in […] Read Full Story 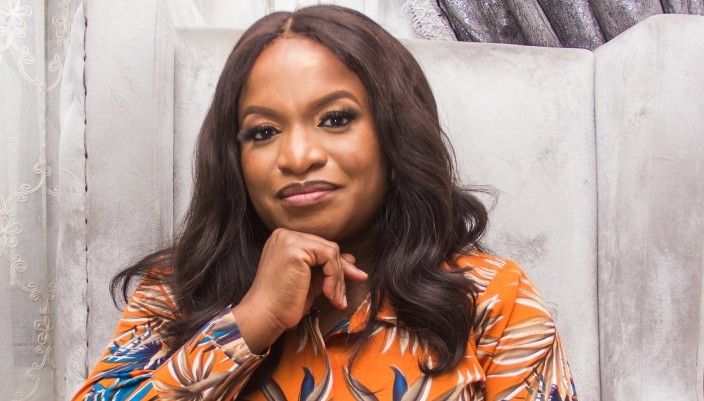 CHITO NWANA, a consultant Obstetrician and Gynecologist and the medical director/CEO of Tabitha Medical Center in Abuja, speaks with MODESTUS ANAESORONYE, on the need for more recognition of private healthcare providers by government, especially in policymaking. Nwana who is the outgoing chairperson, Guild of Medical Directors, FCT, talks her medical advocacy for better health care […] Read Full Story

Now is time to end security vote for governors — Yesufu

President, League of Patriotic Lawyers, Abubakar Yesufu, in this interview, speaks on insecurity in the country, security vote being collected by governors amid rising insecurity.