GANGS unleashing violence with guns, knives and axes freely deployed, continue to plague towns and cities across the South-West, with devastating consequences for families and neighbourhoods. As cultists of different descriptions unleash terror on residents who vulnerably rely on the operationally defective and poorly-motivated police to save them, preventing gang-related violence should be a major priority of the state governors in the region. And this is the time to act decisively.

In a rather pathetic case, a 60-year-old plantain seller identified simply as ‘Iya Oluso’ was slaughtered recently in Ibadan, Oyo State during a clash between two rival cult groups who locked horns in a supremacy battle. The sexagenarian reportedly died from complications arising from a bullet fired by one of the combatants. Another supremacy battle between the Aiye and Eiye cults in the Aguda area of Surulere, Lagos State, on January 24 left three dead. In the same month, the Lagos State Police Command arrested four persons in connection with cult clashes in the Obun-Ale, Ireshe, Ladega, Itunpate, Kokoro-Abu and Adamo areas of Ikorodu between suspected members of the Aiye and Eiye gangs. The clashes lasted three days and 14 persons were feared dead. Gruesomely, some victims were beheaded and their remains left on a road at the Eti-Osa Local Government Area of the state.

Research is beginning to expose the high burden of mental illness faced by young people involved with gangs. It is argued that gang members are at increased risk of a range of mental health conditions, including conduct disorder, antisocial personality disorder, anxiety, psychosis and drug and alcohol dependence. This antisocial behaviour defines life in most of the country’s higher institutions. In 2017, tension gripped the Iworoko-Ekiti area when a third-year student of Banking and Finance of the Ekiti State University, Ado-Ekiti, Segun Ojo, was hacked to death by suspected cultists. The attack occurred at night at Osekita, an off-campus residence of students in Iworoko-Ekiti. The student was shot several times before he was hacked to death and his mutilated corpse left by the roadside.

The Ogun State Police Command alleged that 11 suspected members of the Eiye Confraternity killed 25 persons within a month in Ijebu-Ode and its environs. The gory stories are endless.

Sadly, the wheel of justice appears extremely slow in reining in cult violence. An Ekiti State High Court sitting in Ado-Ekiti last September sentenced Gbenga Aluko, aka ‘Cherry’, 29, to death by hanging for killing some members of a rival cult. The judge, Abiodun Adesodun, sentenced him to death after finding him guilty of the charge. Most cultists have not got their comeuppance and this hardens them to be more daring and callous. There should be stiffer penalties for engaging in cultism and gang violence.

A tough approach from the police is just one aspect of keeping the streets safe. In addition to criminal justice, novel approaches are required, including the provision of holistic support in young peoples’ own environments and the use of key workers or mentors who are able to build trusting relationships with young people involved with gangs.

See also  Man shall not live by meat alone

The main culprit here is poor mental health. In a UK study, it is reported that nearly one in four 14-year-old girls and almost one in 10 boys the same age, say they have felt inadequate, unloved, or worthless. Most times, they resort to the use of narcotics. The National Programme Officer of the United Nations Office on Drugs and Crime, Folusho Adelekan, recently disclosed that Nigeria had a 14.3 percent drug abuse prevalence rate, much higher than the global average of 5.3 percent prevalence rate. She added that available statistics showed there were 14.4 million drug users in Nigeria.

It is argued that people who abuse drugs at a young age often suffer mental health problems — including depression, personality disorders or suicidal thoughts — later in life. It has been established that substance abuse by youths is one of the drivers of cultism. An online journal, youths.gov, says youths join gangs for protection, enjoyment, respect, money, or because a friend is in a gang. A good number of youths are intimidated or cajoled to join. Experts on security and family matters have suggested ways out of the quagmire to include infusing strong morals in kids, ending politicians’ penchant for arming youths, improving security and providing employment. Parents and state governments have outstanding roles to play. Parents, apart from imparting strong values in their children, need to always report any child with criminal inclinations. The state governments have the task of ensuring gainful employment for the teeming youths roaming the streets and channelling their energies into significant ventures, including sports.

Notwithstanding its institutional and operational challenges, the police owe it a duty to the citizenry to deliver effective policing. Only preventive policing rather than reactive actions will curb the festering violence. A national reorientation is crucial to reforming minds of youths who see cult gangs as refuge. The threat now advances in primary and secondary schools with more notorious versions across the nation’s campuses.

Cultists reign during peaceful protests using the opening to infiltrate protesters by unleashing mayhem, killing, raping and looting. Governors in the region have an urgent task at hand to promote advocacy programmes against cultism on a large scale. They have to be decisive in ending the reign of terror hovering over the South-West in the form of bloodletting cult clashes.

To prevent youth from joining gangs, it is recommended that communities must strengthen families and schools, improve community supervision, train teachers and parents to manage disruptive youth, and teach students interpersonal skills. Politicians linked to cult gangs should be exposed and prosecuted. The laws on anti-cultism should be strengthened or amended to make states in the South-West too hot for cultists to operate.

February 26, 2021 The Editorial Board Uncategorized 0 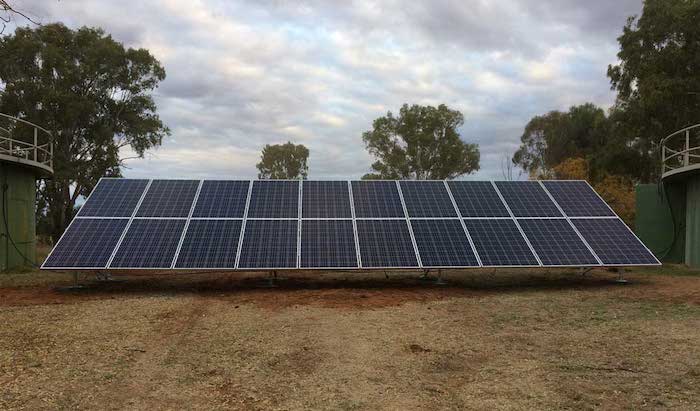 As an organization, we have always canvassed that the private sector should play a leading role in the economy while the government supports through smart regulations. We see evidence of this in the off-grid energy sector, which not only validates our position, but also shows what can happen if competent people are empowered to act. […] Read Full Story

The fears being raised over the 5G technology are unnecessary The Office of the National Security Adviser (ONSA) has lately been echoing the superstitions peddled recently about the 5G technology by a Nigerian Pentecostal pastor. The ‘warning’ is that the deployment of the 5G telecommunications network could have some implications on national security. The ONSA […] Read Full Story

FIVE years after the House of Representatives ad hoc committee on the abandoned $470m Lagos and Abuja Closed Circuit Television contract report indicted some top government officials over the deal, the Federal Government is on another misadventure with a similar project. This time, the Minister of State for Police Affairs, Muhammad Dingyadi, says the Federal […] Read Full Story