It has been reported that all the 25 youths abducted along Wukari-Takum Road, Taraba State, have been rescued.

It was learned that some of the kidnappers were arrested and that no ransom was paid. The kidnappers had asked for N52 million on Friday.

Daily Trust had earlier reported that 24 of the 25 youths were rescued, while the search for the 25th was on.

However, reports reaching Vanguard have it that the last youth had been rescued unhurt.

The rescue operation was carried out by soldiers and police from Benue and Taraba states as the area where the kidnappers operated from bestrode both states. 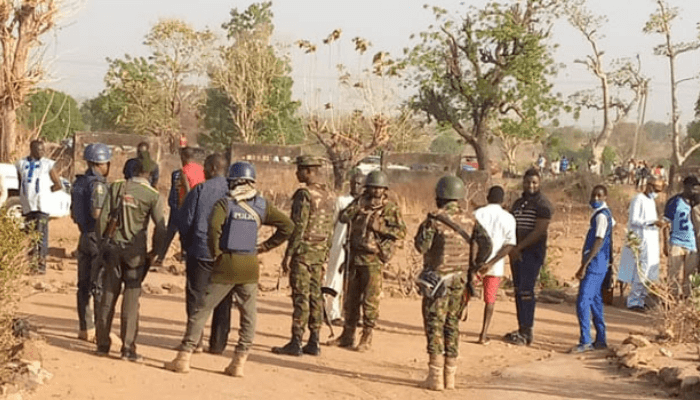 Barely two months after more than 300 students were kidnapped in an invasion at Government Science Secondary School, Kankara in Katsina State, President Muhammadu Buhari‘s home state, a similar raid by gunmen on a state-run school in Nigeria’s north-central region, has left one student dead and dozens of others feared abducted along with some teachers. […] Read Full Story

Gov. Bello Matawalle of Zamfara has advised his Niger counterpart, Abubakar Sani-Bello, to initiate dialogue with bandits who have been kidnapping people in scores nearly on daily basis across his...

﻿   Troops of the Nigerian Army have foiled another attempt by bandits to abduct students at Government Science Secondary school in the Ikara Local Government Area of Kaduna State. The Commissioner for Internal Security and Home Affairs in the state, Samuel Aruwan, disclosed this on Sunday during a press conference in Kaduna. He said … END_OF_DOCUMENT_TOKEN_TO_BE_REPLACED Read Full Story