Cross River Government has demolished a building belonging to a suspected kidnapper.

The government also destroyed a brothel for allegedly housing underage persons for prostitution.

The News Agency of Nigeria reports that the buildings situated in Calabar were demolished by the state security outfit, Operation Akpakwu.

The outfit is made up of the navy, air force, police, army, Nigeria Security and Civil Defence Corps and special advisers to the state government on security.

Mr Henry Okokon, the state Security Adviser to Governor Ben Ayade (Southern Senatorial District), said after the exercise that it was one of the ways of chasing criminals out of the state.

Okokon said that the state government placed a premium on the security of lives and property, hence, the need to fight all forms of criminality.

“This is part of the activities of Operation Akpakwu, a special force set up by Gov. Ayade to fight crime, especially kidnapping.

“This demolition is ongoing. The governor has warned that anyone involved in any form of criminality, or any landlord harbouring any criminal should desist from it.

“The bungalow that was demolished belonged to an individual who has been caught in the act of kidnapping, while the brothel was demolished for housing underage persons for prostitution and other illegal activities.

“This is a warning signal to everybody. Whosoever is involved in a crime of any form should desist from it,’’ Okokon said.

He said that the security outfit got a court order to demolish the buildings in line with the state Homeland Security law.

He urged businessmen in the state to go about their lawful businesses, giving the assurance that the state government would do its best to protect them against criminals. (NAN)

A member of the Oodua Peoples Congress, OPC, identified as Daniel Adejuyigbe has been killed by bandits suspected to be kidnappers in Iju community, Akure North Local Government Area of...

In a split decision, the Supreme Court, on Thursday, struck out an appeal Senator Stephen Odey filed to be declared the authentic candidate of the Peoples Democratic Party, PDP, in the Senatorial by-election that held in Cross River North on December 5, 2020. 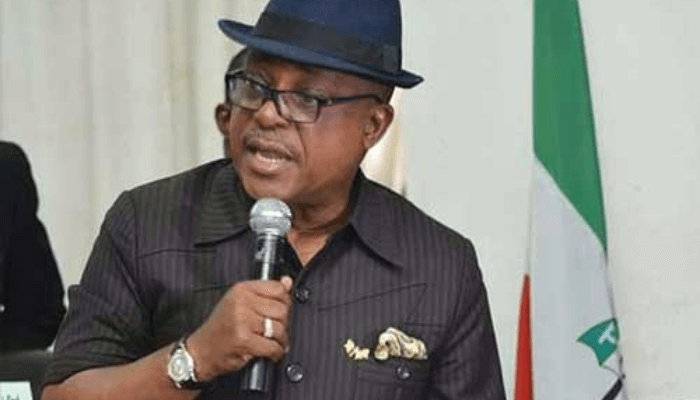 A powerful lobby group within the Cross River State chapter of the People’s Democratic Party (PDP), 7-Alive, has written an open letter to the national chairman of the party, Uche Secondus, demanding that Governor Ben Ayade be accorded respect as leader of the party in the state. The group draws membership from the seven local […] Read Full Story