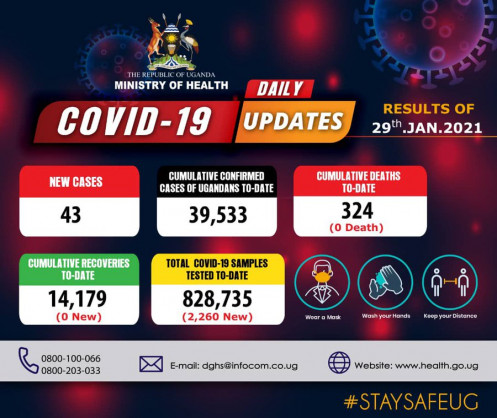 633 people have tested positive for coronavirus disease out of a sample of 5,193 people.

374 patients recovered but one patient succumbed to the disease.

The Secretary General of the Organization of the Petroleum Exporting Countries (OPEC), Mohammed Sanusi Barkindo, on behalf of his organization and its members, addressed a congratulatory message to the President of the Republic of Mozambique, His Excellency Filipe Jacinto Nyusi during of his appointment as “African Energy Personality of the Year 2020”. The award represents recognition by the energy industry for several years of hard work, which resulted in the launch of multi-billion dollar gas projects in Mozambique, at a time when the industry was going through a global crisis. “It is impressive, heartwarming but not surprising that HE Barkindo is making Mozambique an important part of OPEC’s efforts to reach beyond its core member states,” said NJ Ayuk, Executive Chairman of the African Chamber of the energy. “HE Barkindo knows firsthand the possibilities that energy can bring to Mozambique and his message to his brother, comrade and friend President […]