The Commissioner of Police in Osun State, Wale Olokode, on Friday paraded a 22-year-old undergraduate, Muyideen Usman, and his friend, Memudu Isa, aged 20, for the alleged abduction of two children and murder.

Olokode said a case of kidnapping was reported at lludun division of the command, adding that policemen swung into action and arrested the suspects.

He said the suspects had on January 26, 2020 abducted and gruesomely murdered one 13-year-old Thompson Onibokun and Samson Onibokun, 12, at a football pitch around the Iludun area of Osogbo.

He stated, “The suspects confessed to have conspired, kidnapped and killed the victims.  The bodies of the two kids were recovered inside the bush around Oke-Baale area, Osogbo and deposited at the State University Teaching Hospital morgue, Osogbo for autopsy. The suspects will be arraigned after the completion of investigation.”

Speaking with our correspondent, one of the suspects, Memudu, who said he trained as a mechanic and used to rear cows for his father, noted that he plotted the abduction with his friend, Muyideen.

He said, “Muyideen and I abducted the children together. I know them in my neighbourhood. I know them through Muyideen, my friend. We demanded N25m ransom. We abducted them on the football pitch in the evening and took them on a motorcycle to a bush in the Coker area, Oke Baale. We tied them for four days. It was our first time of engaging in kidnapping.

“I am a herdsman. So, I know my way around the bush. Muyideen knows the phone number of the parents and he was the one that contacted them. They did not give us the money before the police tracked our phone number and arrested us. We gave the children bread and drink for four days. We wanted to use the ransom to start a business.

YOU MAY ALSO LIKE: Tragedy that befell us unbelievable –Fathers who lost seven persons to Delta gas fire

“We left them in the bush. I think the rope we used in tying them was too tight which killed them. They died before the day their parents promised to give us the money. We gave them six days to get the money and they died on the fourth day.”

Muyideen, who is a Public Administration student at a university, said the mother of the victims was married to his elder brother, thus the kids trusted him when he asked them to mount the motorcycle.

No fewer than thirteen people have been killed and seven others injured by bandits during separate attacks in Zango Kataf, Chikun, and Kauru local government areas of Kaduna state. According to the Commissioner for Internal Security and Home Affairs, Samuel Aruwan, the armed bandits killed one man as he returned from their farm with … END_OF_DOCUMENT_TOKEN_TO_BE_REPLACED Read Full Story 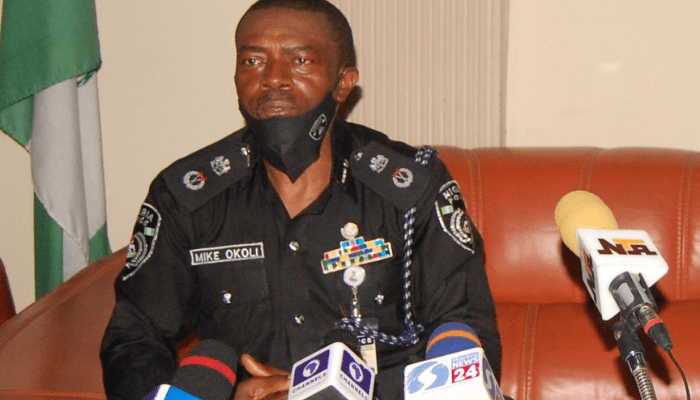 Following the kidnap of no fewer than eight persons along the Brass/Nembe waterway in Bayelsa State, the state Commissioner of Police Mike Okoli has ordered a manhunt for the kidnappers. Three of the eight victims kidnapped on Tuesday have been identified as one Chief Walter, from Odioma Kingdom on the Atlantic Coast, who was abducted […] Read Full Story

Joblessness lured us into kidnapping – Suspects

Afeez Hanafi Two suspected kidnappers, Sunday Chukwu and Chidokwe Efide, have been arrested by the police for allegedly kidnapping a businesswoman, Maris Ibe, in Delta State. The suspects were rounded up after collecting N1m ransom to free the victim kidnapped on January 14, 2021, around Ibori Golf Club, Asaba, the state capital. City Round learnt […] Read Full Story