The Minority Caucus of the House of Representatives Friday, consoled the Governor of Delta State, Senator Dr Ifeanyi Okowa over the passing of his father, Sir Okorie Uzoma Arthur Okowa, on Thursday, January 28, 2021.

In a statement by the Minority Leader of the House, Rep. Ndudi Elumelu on Thursday, the Caucus expressed sadness over the death of Governor Okowa’s Father, saying that his passing, “has created a great vacuum, not only in the Okowa family but also in Delta State as a whole”.

The Minority Leader described Pa. Okowa as “a great teacher, a compassionate Father and a loving, yet unassuming community leader who has been a great source of inspiration, hope and Unity to the Okowa Family as well as all those who have come across him”.

Elumelu, appreciated the Lord God Almighty for the good life Pa Okowa lived and said that at 88 years, Pa Okowa demonstrated the strength and power of God even in old age, noting that his demise was a glorious one for the fact that he has accomplished all that God had assigned him to do here on earth.

“As a renowned teacher and educationist, Papa has contributed greatly to the development of Delta State and we make bold to say that your excellent political pedigree and accomplishments over the years would not have been possible without papa’s guidance, prayers and advice.

“You and your entire family have to be consoled for the fact that Papa has done very well. He will always be remembered for his love, kindness, steadfastness, deeply religious disposition and commitment to peace and unity of Delta State.

“Our prayer is that God who sustained and kept Papa until the day that He called him, will give you the fortitude to bear his irreplaceable loss, as we pray God to grant him eternal rest and let perpetual light shine on him forever,” Elumelu stated in the Statement.

In a statement on Thursday, the Minority Leader of the House of Representatives said that the news of the demise of Hon. Tim Kome Owhefere came as a rude shock and was unexpected.

Elumelu described Hon. Owhefere who represents Isoko North in the Delta State House of Assembly, as a consummate legislator who demonstrated great passion in the act of lawmaking and said that his demise was no doubt a big blow to the State.

“We have lost a fine Gentleman who exhibited so much love for his job as a Lawmaker. There is no doubt that he will be greatly missed by his wife and children and the people of Isoke North that he represents.

“Our heart goes to the Wife, the Children and the entire Owhefere family of Isoko North. Our prayer is that God will console each and every one of you as we pray that he rest the Soul of Hon. Tim Owhefere in his bosom,” Elumelu prayed. 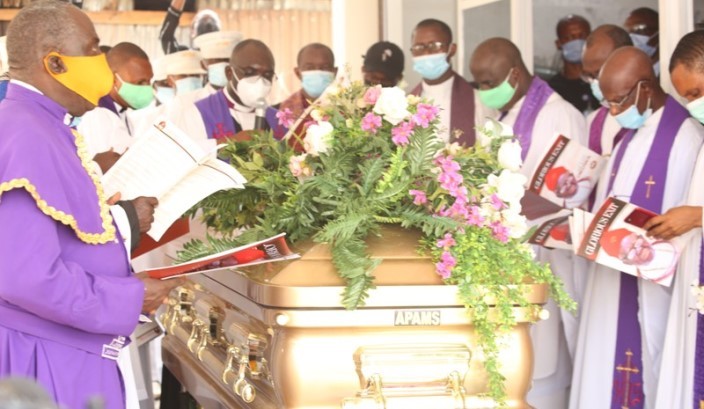 The remains of Okorie Arthur Okowa, father of Governor Ifeanyi Arthur Okowa of Delta State, were on Tuesday laid to rest at Owa-Alero, Ika North East Local Government Area of the state. Pa Okowa, 88, died on Jan. 28, 2021, after a brief illness. Beside family members at the private funeral, Archbishop of Bendel Province, […] Read Full Story

By Peter Egwuatu, Yinka Kolawole, Johnbosco Agbakwuru, Levinus Nwabughiogu , Festus Ahon , Levinus Nwabughiogu-&Tordue Salem After nearly six months without a leader, the  World Trade Organisation, WTO, has announced the appointment of Dr Ngozi Okonjo-Iweala  as the organization’s 7th  Director-General  with effect from March 1, 2021, making her the first woman and the first
Read More

Delta State governor Dr.  Ifeanyi Okowa, on Friday urged Nigerians to support ranching, saying it would drastically reduce herders-farmers clashes across the country. He said that the time to rise against open grazing was now, especially as governors of the Northern States had voted for ranching as the way to go in cattle-rearing. READ ALSOYobe:Police
Read More