The Senate Committee on Ethics, Privileges and Public Petitions has summoned the Managing Director of the Nigeria Ports Authority, Hadiza Bala-Usman, over the non-payment of about N1.1bn gratuity of 130 retired workers of the agency.

Also expected to appear before the Senate panel alongside Bala-Usman, are the Chairman, Secretary and other members of the NPA board as well as its management staff.

The Chairman of the Senate panel who issued the directive on Thursday, Senator Ayo Akinyelure, said the committee observed that by that action, the NPA has tampered with the implementation of the 2018 budget of the agency.

He said the agency, by doing so, had “shortchanged innocent Nigerians who retired from the services of NPA after a 35 years meritorious service to the Nation”.

The senate panel acted on a petition brought to it by one Isa Usman Kunini and three retired workers on behalf of 126 other ex-officers of the NPA over the non-payment of a significant portion of their gratuity by the NPA after their retirement in 2018.

In the petition, the retired workers requested that the Senate should look into the matter and urge the NPA management to include the sum of N1,160, 732, 309.43 being the outstanding amount that accrued to the ex-officers in the 2020 budget for immediate payment.

Kunini and three others appeared before the Committee and made a presentation on 17th December, 2020, but NPA management did not show up.

Akinyelure flayed the action of the NPA management and warned that his committee would no longer sit back and allow any government agency alter the implementation of the budget duly passed by the National Assembly.

YOU MAY ALSO LIKE: Host communities exchange blows at Reps hearing on PIB

He said some management staff of the agencies hid under the guise of board approval, which ran contrary to the Appropriation Act signed to law by the President of Nigeria.

Briefing journalists shortly after the Public Hearing, Akinyelure said, “It is highly embarrassing that NPA Management Board would sit in their boardroom and alter a budget which has already been passed by the National Assembly and signed to law by the President.

See also  #FuelPriceHike: How Nigerians are Reacting to the New Petrol Price

He said, “The NPA by their action, has shortchanging the helpless retirees with high level of impunity.”

Akinyelure said that apart from the MD, the Chairman, and Secretary of the NPA board must appear before his Committee on the 4th February, 2021 at 1pm.

He said, “They should come and explain the rationale behind their illegal act to deliberately deny the retirees of their legitimate gratuity entitlements amounting to N1,160,732,309.43 covering the period of 1st Jan. -11th July 2018.”

Joseph Olaoluwa The Managing Director of the Nigerian Ports Authority, Hadiza Bala-Usman, said a total of 3972 vessels were called into Nigerian ports in 2020, compared to 4251 vessels in 2019. Bala-Usman, who addressed maritime correspondents in a virtual forum on Monday, said that the nation also witnessed a drop in cargo throughput in 2020. […] Read Full Story

Sunday Aborisade, Abuja The Senate Committee on Ethics, Privileges and Public Petitions has summoned the Managing Director of the Nigeria Ports Authority, Hadiza Bala-Usman, over the non-payment of about N1.1bn gratuity of 130 retired workers of the agency. Also expected to appear before the Senate panel alongside Bala-Usman, are the Chairman, Secretary and other members […] Read Full Story 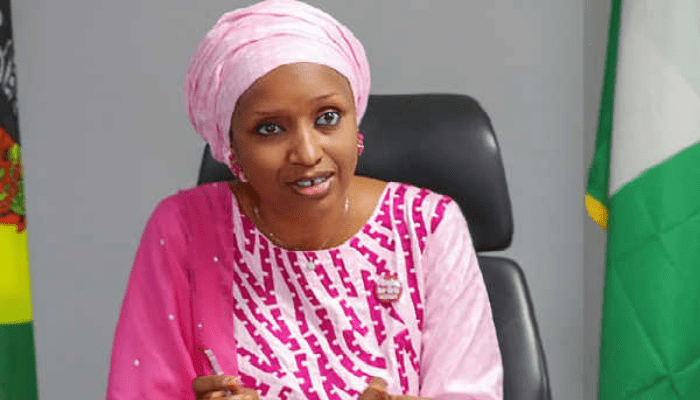 The Nigerian Ports Authority (NPA), has contributed a total of N151 billion to the Consolidated Revenue Account (CRA) of the Federal Government in the last four years, 2017-2020. Hadiza Bala- Usman, managing director of the NPA, who stated this in Lagos recently during a virtual conversation with newsmen, said NPA contributed N42 billion in 2017, […] Read Full Story