The Eastern Regional Working Committee of the Nigeria Union of Teachers, on Thursday, called on the Abia State Government to quickly address the issues that led to the teachers’ strike to save public education in the state from collapse.

The union stormed Abia State to solidarise with teachers in the state who had embarked on an indefinite strike about two weeks ago.

The Eastern Regional Chairman of NUT, Comrade Etim Ukpong, decried the plight of teachers in the state following months of unpaid wages.

Although he acknowledged the efforts of the Gov. Okezie Ikpeazu-led administration towards addressing the issues, he demanded the clearance of the 12-month salary arrears as a condition to call off the strike.

Ukpong who read from a communique he jointly signed with the Regional Secretary, Mrs.Nnenna Okonkwo, identified non-promotion of teachers for the past five years, non-payment of leave allowances for the past 10 years as some of the challenges that need to be addressed.

Other demands by the NUT include immediate remittance of teachers’ check-off dues to the union and the implementation of the current minimum wage to teachers at the basic education level.

Meanwhile, the Nigeria Union of Teachers has disowned the Academic Staff Union of Secondary Schools, ASUSS, describing it as “a bunch of impostors trying to gain relevance where none exists.’

Reacting to a recent Supreme Court ruling which referred the suit by ASUSS against NUT to the Court of Appeal for retrial, Ukpong said ASUSS was a splinter group bent on misleading the public.

See also  The future of online learning: the long-term trends accelerated by Covid-19

He said the apex court never granted ASUSS right of existence, but simply returned the matter to the Appeal court for retrial since one of the justices on the appeal panel was absent during the earlier judgment of the lower court.

Since December 2020, 800 students abducted By Funmi Ajumobi Attacks on schools and kidnapping of students are taking a huge toll in the North as no less than 5, 330, 631 students in states in that part of Nigeria have had their education disrupted, according to the United Nations Children’s Fund (UNICEF). This has further
Read More

Teachers in England face 'epidemic' of demotivation in lockdown children

Extending school day to make up for lost learning ‘will only work if not seen as punishment’Children have suffered “an epidemic” of demotivation while out of the classroom during coronavirus lockdowns, according to the chief inspector of schools in Eng... Read Full Story 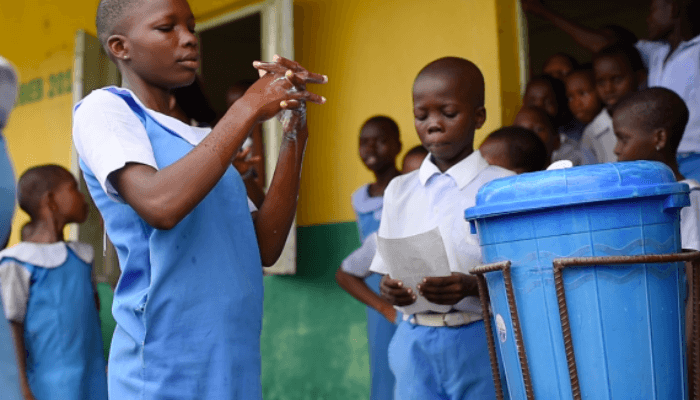 The Delta State government has admonished principals of public secondary schools in the state to strictly enforce the stipulated COVID-19 protocol in their schools as the virus continues to cause several deaths across the globe. Patrick Ukah, the state Commissioner for Basic and Secondary Education, who spoke during interactive meetings with principals from different local […] Read Full Story