The Commander of the Ondo State Security Agency (Amotekun Corps), Mr Adetunji Adeleye, has said that herdsmen in government forest reserves who failed to register within the stipulated time will face the consequences.

This is coming as the herders trooped out to register as directed by the state governor, Rotimi Akeredolu.

Adeleye said the registration will assist the government to know and separate genuine herders with genuine motive of doing business in the state from criminal elements.

After the registration exercise, those cleared will be issued licences to operate in the state and must abide by the rules of engagement as stipulated by the law of the land.

“As for those who want to register, we will profile the person, know his background, what he wants to do, and make sure it is legitimate, pays necessary fees to the government and he will be issued the necessary licence.

“Anybody who failed to register within the stipulated time will face the wrought of the law.

Also reacting, the state Commissioner for Agriculture, Otunba Adegboyega Adefarati said some of the illegal herders were already leaving the forest.

Adefatati added that the registration would be biometric.

Speaking with Vanguard, the Special Adviser to the governor on Security Matters,  Alhaji Jimoh Dojumo, said the herdsmen had been moving out of the forest reserves in compliance with the order of the governor.

Dojumo said that many herders had indicated interest in the exercise.

“We have just started, I am sure more would come. The herders don’t have any alternative but to register and anyone who fails to register will not be allowed to operate in the state.

According to him “The registration has to be total.”

Also speaking, the Chairman of MACBAN in the state,,  Alhaji Garuba Bello said the herders have started registering.

Garuba asked government officials to visit the government forest reserves to see how herdsmen have been obeying the governors order.

Leke Baiyewu, Abuja The lawmaker representing Kabba-Bunu/Ijumu Federal Constituency in the House of Representatives, Teejay Yusuf, has raised the alarm over an influx of displaced Fulani herdsmen and other northerners in Kogi State. Yusuf alleged that the presence of the herdsmen poses danger to his constituency. The lawmaker raised the alarm in a statement sent […] Read Full Story 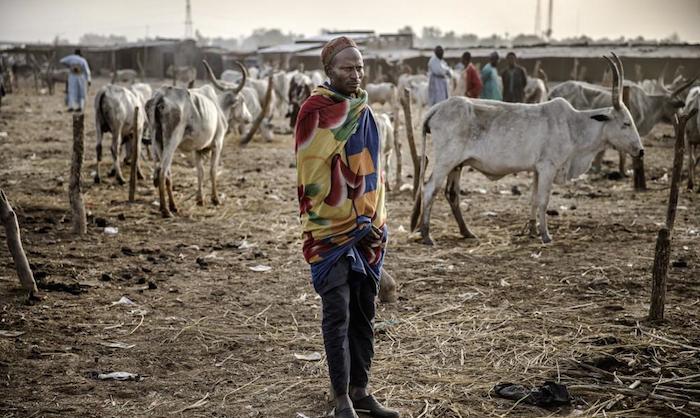 Abubakar and Chukwuma are both Nigerian citizens. This is an incontestable fact. Abubakar was born in Gusau, Zamfara State and Chukwuma was born in Ekwulobia, Anambra State. Due to their respective socio economic pull and push factors, both of them have ended up migrating hundreds of kilometres away from home, and are now in Oyo […] Read Full Story