Here are photos from the meeting today;

By Olu Fasan PRESIDENT Muhammadu Buhari rejected National Assembly resolutions and public demands to sack his utterly inept service chiefs. Suddenly, on January 26, President Buhari tweeted: “I have accepted the immediate resignation of the service chiefs.” But, akin to a “golden handshake”, he promptly nominated them as “non-career ambassadors”. Was there a special relationship
Read More 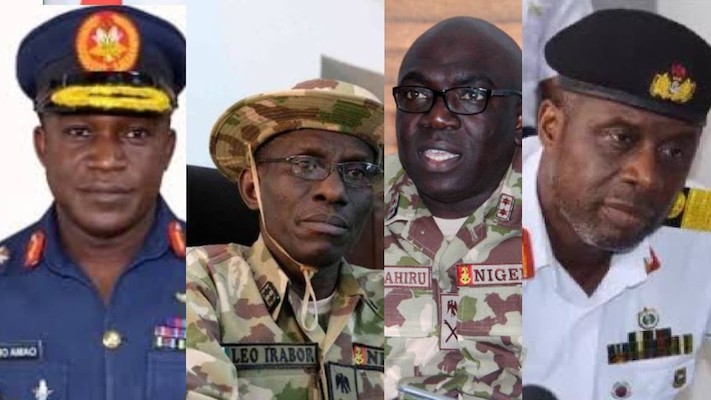 The newly appointed Service Chiefs have been assured of the backing of the legislature to win the war terrorism in the country. Nigeria has being experiencing acts of terrorism, ranging from the Boko Haram insurgency, banditry, kidnapping to herdsmen attcaks across the nation in the past few years. While those violent acts continued almost on […] Read Full Story

Olalekan Adetayo The President, Major General Muhammadu Buhari (retd.) during a meeting with the service chiefs on Tuesday said his regime had not found it easy keeping the promises it made in 2015. According to a statement by Adesina, the President urged the service chiefs to be patriotic, saying the country was in an emergency. […] Read Full Story