CYNICALLY exploiting the defective enforcement of the law, commercial motorcycle operators, known in common parlance as okada, are running riot all over Lagos State. Although their operations have been restricted on major highways and bridges by law, they continue to constitute an ever-frustrating menace in the hectic transport ecosystem of the state that is Nigeria’s economic hub with a GDP of $79.25 billion (2018) and Africa’s seventh largest economy. By this haphazard enforcement of the Lagos State Traffic Law, the vision to elevate Lagos to a smart megacity might turn out a pipedream.

With a staggering daily human traffic of 20 million between the island and the mainland and a road network of about 16,000km, the deduction is that the reliance on roads would instigate alternative forms of vehicular movement in the state. As of 2018, there were just over five million vehicles in Lagos. Although this is far above the national vehicular density of 30 vehicles per kilometre to its 264/km, the need for mobility amid suffocating gridlock has seen the advent of okada and tricycles in the transport system.

Helpful as this development might seem, it has created an unbridled headache for residents and cemented the state’s reputation as a centre of chaos. Apart from clogging the roads, there are also the issues of safety and security. Plainly, it is a tragic situation. In February 2020, the state government said motorcycle and tricycle accidents claimed 600 lives between 2016 and 2019 in 10,000 incidents. “If you see the number of (injured) at the hospitals you will be shocked and all of this is okada,” the government said. “We had to create an okada ward.”

Unfortunately, the feeble regulation allows the number of operators to swell up to unwieldy proportions, leading to security problems. Not only are okadas used in committing crime, they are also used as fast getaway vehicles after criminal operations. In mid-January, robbers riding motorcycles shot dead a system engineer, David Nketim-Rex, 22, at Jibowu Bus Stop. Several tragic incidents like this occur regularly, including one, captured on video that went viral, in broad daylight in an unidentified part of the metropolis in which thieves on okada snatched a mobile phone from a young man making a call on the kerb.

As recent events indicate, the operators have become a law unto themselves. Any attempt to regulate their operations or enforce the law results in a breakdown of law and order. In November and December, the riders instigated riots at Second Rainbow in Apapa, Ikeja and Agege areas of the state as the task force officers went on enforcement duties. They attacked security personnel and destroyed vehicles. Though under restriction, okadas ply BRT lanes with impunity. At the slightest accident, the riders congregate to attack others or cause riots. In a frightening incident in October 2019, the riders attacked the Daleko Police Station en masse. They set some cars on the premises ablaze before officers reinforced to repel them. They have perpetrated similar gory incidents in Isolo and Ikorodu at different times. This is wrong, as not even the riders are above the law.

To balance the need for mobility in the inner city and reduce the proliferation of okada state-wide, the then governor, Babatunde Fashola, had rolled out the Lagos Road Traffic Law 2012 to regulate vehicular operations. In Section 3(1), the law restricts okada from plying at least 475 highways and bridges in the state. It allows their operations between 6am and 9pm, mandating riders and passengers to wear protective helmets; it bars carrying more than one passenger and pregnant women backing children. Initially, enforcement was encouraging under Fashola, but was inexplicably relaxed during the tenure of his successor, Akinwunmi Ambode.

To be fair, the incumbent governor, Jide Sanwo-Olu, has been moving to implement the law since his assumption of office in May 2019. At different times, the joint task force went into action, seizing 4,500 motorcycles cumulatively by September 2019 for flouting the traffic law, according to the task force. Thousands of other okadas have been impounded during enforcement, but the menace is not abating. As the Lagos government rightly insists, this arrangement is not part of the megacity transport architecture.

Therefore, this calls for a review, tightening of the law and most of all, the rigorous implementation. On Fashola’s watch, the operations of okada became orderly. It was just like in Delhi, India’s capital, where commercial motorcycle operators obey such laws on carrying only one passenger and wearing helmets. Lagos should not be different. Sanwo-Olu has a duty to stringently enforce the law, including on uniformed security agents who flout the traffic law. The state should implement a digital register of operators, including enforcing the wearing of numbered reflexive jackets and/or operating on alternate days to reduce the number of motorcycles on the roads.

Already, foreigners who have no business here have been identified in the okada network. This is an eye-opener to Nigeria’s porous borders and weak central government. In the long term, Lagos has to devise ways of reducing the influx of non-Nigerians infiltrating the state from the West African sub-region. As it is in other climes, the government should think of building dedicated lanes for okada riders in their areas of operations. The state’s CCTV project should be implemented fully to capture riders who perpetrate crime and instigate riots on the roads.

IN an era blighted by economic recessions and general malaise, the recent declaration by Akinwumi Adesina, the President of the African Development Bank Group, on the imperative of economic restructuring enlivens the debate about the fundamental weaknesses hobbling the Nigerian state. Calling for transformation, the erstwhile Minister of Agriculture traced the current seismic downturn in […] Read Full Story

Implications of Finance Act on taxation and investment

February 10, 2021 The Editorial Board Uncategorized 0 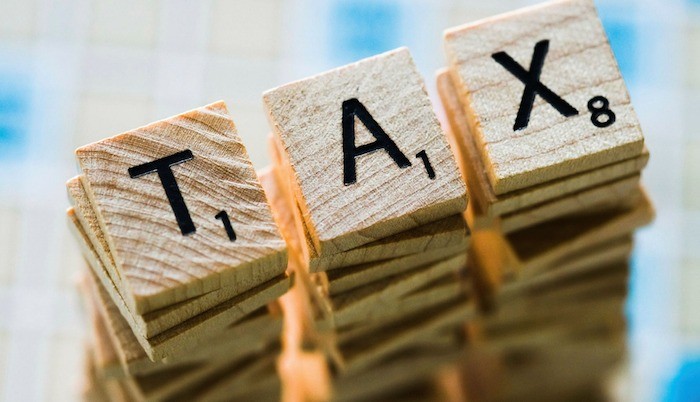 President Muhammadu Buhari on December 31, 2020 signed both the 2021 Appropriation Bill (the Budget) and Finance Bill, 2020 into law following their passage by the National Assembly. In particular, the Finance Act reviews and amends several tax laws and consolidates into one statute many tax provisions from different tax statutes with the objective to […] Read Full Story

AS Nigeria commences a nationwide rollout of the about four million doses of the Oxford-AstraZeneca COVID-19 vaccine, transparency should be the guiding principle. It is cheering that the country appears equipped for the vaccine exercise following assurances of receivers’ safety by AstraZeneca, the World Health Organisation and NAFDAC, despite the suspension of rollouts by some […] Read Full Story