For a proper diagnosis, you’ll need to see a gynecologist to get a pelvic exam. This exam is used to check the condition, size, and shape of your uterus. You may also need other tests, which include:

An ultrasound uses high-frequency sound waves to produce images of your uterus on a screen.

This will allow your doctor to see its internal structures and any fibroids present. A transvaginal ultrasound, in which the ultrasound wand is inserted into the vagina, may provide clearer pictures since it’s closer to the uterus during this procedure.

This in-depth imaging test produces pictures of your uterus, ovaries, and other pelvic organs.

READ  NHS England gets extra £6.6bn to help it recover from Covid pandemic

How are fibroids treated?

Your doctor will develop a treatment plan based on your age, the size of your fibroids, and your overall health. You may receive a combination of treatments.

Certain home remedies and natural treatments can have a positive effect on fibroids, including:

Dietary changes can help as well. Avoid meats and high-calorie foods. Instead, opt for foods high in flavonoids, green vegetables, green tea, and cold-water fish such as tuna or salmon.

Medications to regulate your hormone levels may be prescribed to shrink fibroids.

Gonadotropin-releasing hormone (GnRH) agonists, such as leuprolide (Lupron), will cause your estrogen and progesterone levels to drop. This will eventually stop menstruation and shrink fibroids.

READ  Is COVID-19 not the same as malaria?

Surgery to remove very large or multiple growths may be performed. This is known as a myomectomy.

An abdominal myomectomy involves making a large incision in the abdomen to access the uterus and remove the fibroids. The surgery can also be performed laparoscopically, using a few small incisions into which surgical tools and a camera are inserted. Fibroids might grow back after surgery.

It’s unclear why fibroids develop, but several factors may influence their formation. Hormones Estrogen and progesterone are the hormones produced Read Full Story

How HIFU can improve fibroid treatment in Nigeria 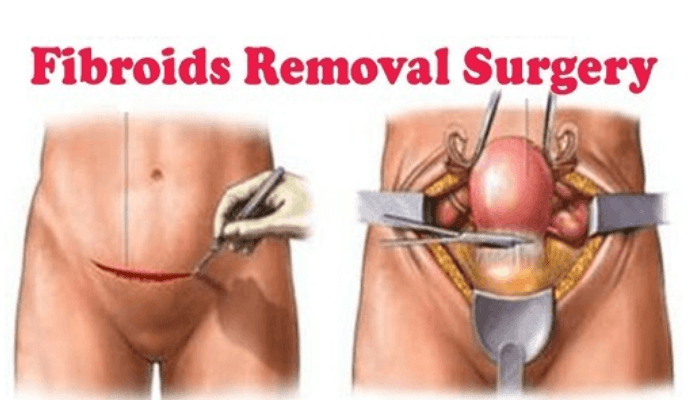 Faced with the challenge of fibroid with estimated prevalence rate in Nigeria is about 80 percent, however, a non-invasive treatment for fibroids HIFU is less painful, preserves the uterus and allows women to get back to their lives sooner than surgical options, experts say. Experts suggest that High Intensity Focus Ultrasound (HIFU) offers safer alternatives […] Read Full Story